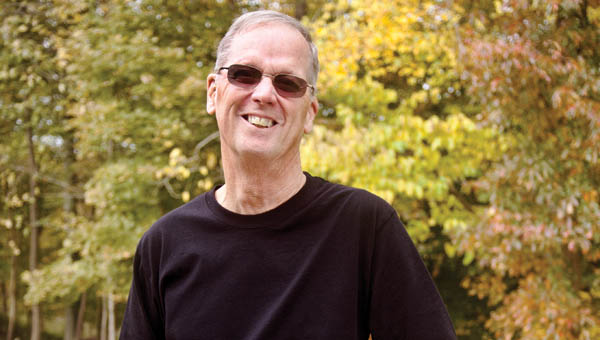 THE TRIBUNE/JESSICA ST JAMES
Lawrence County resident and polio survivor John Boyd stands on his back porch of his home in Upper Township.

John Boyd was 5 years old when he thought he was getting the flu.

It was something much worse.

The young boy spent the next six weeks in Morris Memorial Hospital trying to regain the use of his limbs.

“Each day they would wrap me in wool blankets that were steamed and were real hot,” he said. “They did therapy morning and afternoon, trying to get the muscles to remember what they were supposed to do.”

Then it was another six weeks at home doing more exercises. The rigorous effort paid off. Today Boyd walks unassisted, not needing the use of any devices.

“I was able to get over it and didn’t have to wear braces or use crutches,” he said. “My cousin lost the use of one arm and another had to wear braces.”

Now, Boyd, as a member of Ironton Rotary, is joining that club’s effort to eradicate the disease from the world. As part of that Ironton Rotary is joining other Rotarians internationally to mark today as World Polio Day.

So far 7 million children have escaped polio as part of the World Health Organization’s Global Polio Eradication Initiative. That initiative has the support of Rotary International. Reported cases have dropped from 350,000 a year in 1988 to about 700 cases annually. Only three countries — Afghanistan, Nigeria and Pakistan — still report cases. Those cases most typically hit children.

This year’s Ironton Rotary president Massie Schemmel is challenging all her members to make a donation to Rotary International to continue the fight against the disease.

“I have no recollection of seeing someone with polio,” Schemmel said. “By that time polio had been eradicated in the civilized Western world. I remember the sugar cube vaccine. Seeing photographs of how it is still ravaging these children and it is so easily avoidable. We all need to do more.”

Every dollar donated to the Rotary campaign will be matched 2 to 1 by the Bill and Melissa Gates Foundation.

Schemmel is also asking anyone in the county to make a contribution as well. They can either donate through EndPolionow.org or by mail to Ironton Rotary Club, P.O. Box 432, Ironton OH 45638. The check should be made out to Rotary International with Polio Plus in the memo section.

“This is a great thing,” Boyd said.