Reds pick up option on Cueto but decline to keep Ludwick 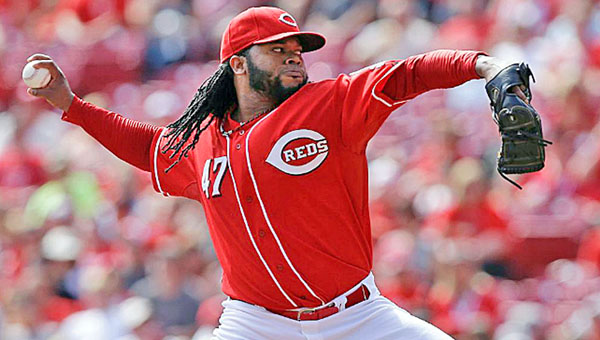 The Cincinnati Reds have exercised their option on pitcher Johnny Cueto for a $10 million salary in 2015. Cueto became the first Reds’ pitcher since Danny Jackson in 1988 to win 20 games. (Photo Courtesy of The Cincinnati Reds)

Cueto also made $10 million last season, when he went 20-9 with a 2.25 ERA, the Reds’ first 20-game winner since Danny Jackson in 1988. Cueto had been guaranteed $27 million over four years and can become a free agent after next season.

Bell made two relief appearances and gave up five runs while getting two outs. Soto went 3 for 30 in 21 games with one RBI. Santiago batted .246 in 75 games with two homers and 17 RBIs.