Hundreds participate in ‘Kickin’ for a Cure’ 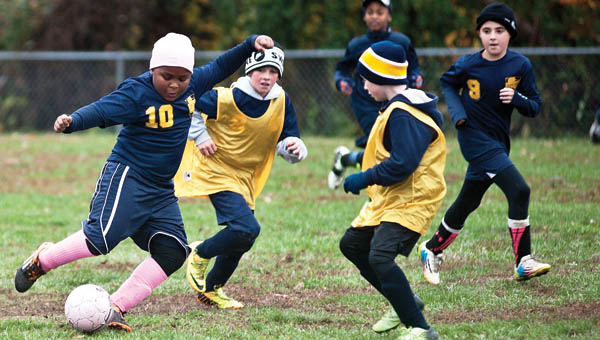 Youths gathered at the South Point soccer complex Saturday to take part in the annual “Kickin’ for a Cure” tournament.

“People came out today regardless of the weather,” Chris Simpkins, South Point Youth Soccer League director, said. “We actually have a better turnout this year than we did last year.”

Forty-four teams from around the Tri-State braved the cold and wet conditions to benefit St. Mary’s Pink Ribbon Fund for breast cancer awareness and research.

Multiple age groups were represented with teams in the under 8 years old, which is co-ed, and under 10, 12 and 15, which fielded co-ed and girls’ teams.

“Kickin’ for a Cure” continued through Sunday.