From Iron town to Tinsel Town 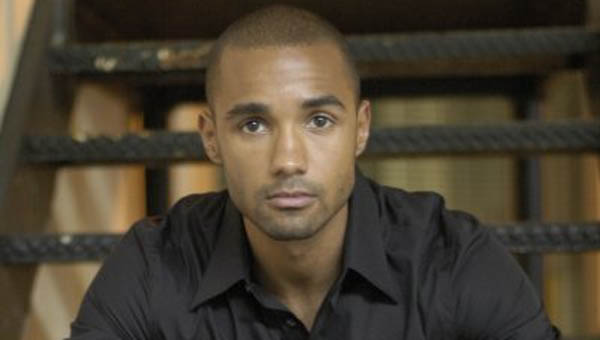 When Cory Smith graduated from Ironton High School in 1997 he headed west to California.

“I had a relative with spina bifida and watching him getting taken care of made me want to be a respiratory therapist,” he said. “I went to California State University-Long Beach and majored in respiratory therapy.”

Smith never became a respiratory therapist, however, he instead became a small-business owner turned television producer. After buying into and eventually selling Subway franchises Smith, 37, who lives in Los Angeles, decided to get behind a TV camera.

“I thought I wanted to be a director,” Smith said. “Then I realized that producing allowed me to be more creative and be involved in the overall project.”

His latest role is as supervising producer of the first season of the Lifetime Network’s “Prison Wives Club” that airs 10 p.m. on Tuesdays

“Prison Wives Club” is a “docuseries” that follows four women living with their decisions to fall in love with and remain married to convicted felons. While facing judgment from their friends and families, each episode explores how these women struggle to find normalcy despite their unconventional choices when it comes to the men in their lives. Restricted to limited contact with their spouses who are serving sentences ranging from 10 years to life, the women band together for support; but this group comes with its own sentence as they don’t always agree on how to behave as a wife on the “outside.”

Producing TV shows has provided a gateway for Smith to focus on something about which he is passionate: raising awareness about the homeless.

“Moving from Ironton to L.A. was definitely an eye-opener because people out there tend to turn a blind eye to people with true hardships,” Smith said. “In Ironton people are so compassionate and rarely even see homeless people.”

Smith is also compiling a coffee table book he describes as a “portrait of the homeless” and is currently interviewing homeless people for a silent film he is producing documenting the lives of homeless in L.A.

“My goal is to produce films and work with the homeless,” Smith said. “I think we were all put here to help our neighbors and I want to do my part to make sure people are educated about what is happening around them in terms of homeless people.”

Smith’s trips to Ironton since moving to California in 1997 have been somewhat sporadic. Then, a year or so ago his late mother, Nancy Smith, who he calls his greatest inspiration, was diagnosed with cancer.

“I spent seven months here with her after she got sick,” Smith said. “She was, and even though she’s gone now, still is a huge part of my life and the decisions I make.”

When Smith returns to L.A. later this month he will begin producing his next show — his 15th overall — this time with CNBC. But for now, he said he is just going to enjoy the time he has in his hometown.