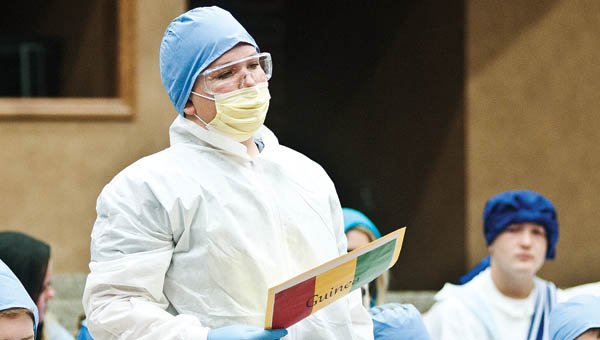 If the seventh- and eighth-graders from Lawrence County dictated international policy, the air strikes in Syria won’t stop anytime soon.

“If the air strikes stop, what’s Syria’s plan to fight ISIS” Luke Malone, from Rock Hill Middle School and delegate from Guinea, asked, to which Syrian delegate Sara Allen answered, “we would involve the military if needed, but we prefer a peaceful resolution.”

Jasmine Lander, a representative from the United Kingdom’s delegation, comprised of Rock Hill Middle School students, questioned Syria’s ability to adequately defend itself against ISIS. Fairland Middle School’s Scotty Ferrell offered the Czech Republic’s argument for the resolution as did a delegate from Burundi, but after two delegates from Sierra Leone offered arguments against the resolution, it ultimately failed by a 7-5 vote. Burundi abstained from voting because of failure to reach a consensus.

A resolution presented by the delegation from France, comprised of South Point students, also failed.

After fielding questions from delegates from Sierra Leone, Burundi and the United Kingdom and hearing arguments for and against, the resolution failed 8-4. 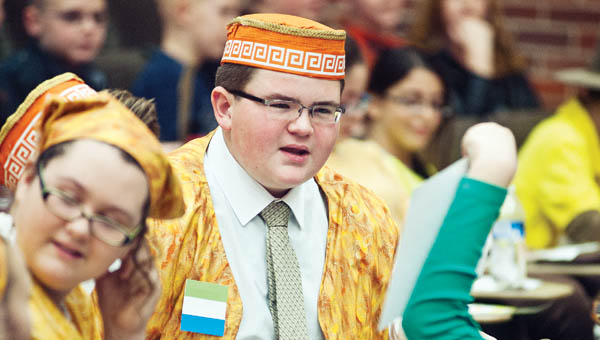 The United Kingdom argued against the resolution because, according to Lander, France manufactures a large number of the world’s electric cars and therefore does not need UN aid for the importation of electric cars.

“We may be the largest manufacturer,” Daniels said, “but it’s still not that many.”

Model UN is an educational simulation and academic competition in which students learn about diplomacy, international relations and the United Nations. Model UN involves and teaches research, public speaking, debating and writing skills in addition to critical thinking, teamwork and leadership abilities.

Participants in Model UN conferences, referred to as delegates, are placed in committees and assigned countries, or occasionally other organizations or political figures, to represent. They are presented with their assignments in advance, along with a topic or topics that their committee will discuss. Delegates conduct research before conferences and formulate positions they will then debate with their fellow delegates in committee. At the end of a conference, the best-performing delegates in each committee are sometimes recognized with awards.

Bond set in child endangerment case An Ironton couple accused of leaving six children unattended in their home made their... read more