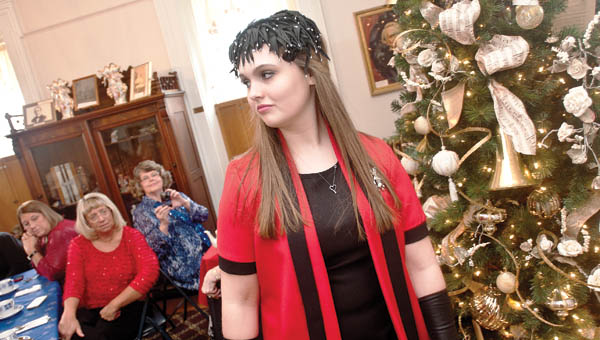 Every November since 1997 the Lawrence County Historical Society has hosted a Christmas tea. This past Saturday, that tradition continued.

Nearly 100 people congregated at the Lawrence County Museum to drink tea, sample a menu of scones, finger sandwiches and cake and look at models displaying clothing from different decades.

“We could have more people here if we had more room,” Peggy Karshner, president of the historical society, said. “It always sells out immediately.”

The Christmas tea is one of two fundraisers — the other being the annual spring tea — that raises money for the society’s operating expenses.

“The two tea events and our membership fees are all we have because we are nonprofit,” Karshner said. “If it weren’t for our volunteers, we wouldn’t be here.”

The Christmas tea annually raises roughly $1,000 for the society, which was founded in 1988.