Local author to have book signing

“The Demon Slayer Knight: Battle Cry” portrays a test of endurance between body and soul, the visible and the unseen, as the ultimate battle is fought between good and evil. 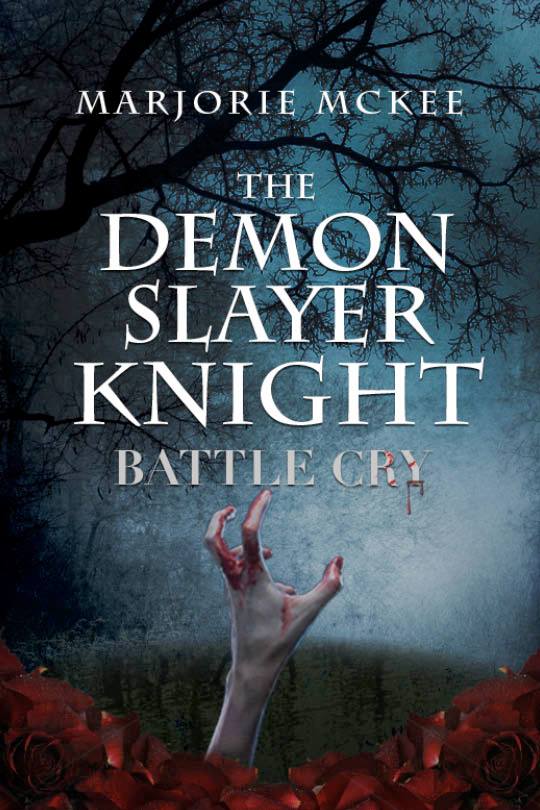 “Battle Cry” is the first of a trilogy written by McKee, a Coal Grove resident and history professor. McKee has been writing since she was a child and her experiences during that time serve as catalysts for her book.

“It all started in my grandparents house in Coal Grove,” she said. “Nothing but weird things happened in that house. My grandparents dismissed it, said it was part of life. But, they also knew it was haunted.”

“When the family looked at the pictures afterward, we saw things,” she said. “Walls that looked like they were crumbling and a man standing in front of the furnace pointing and laughing.”

McKee said she remembers a “hellhound” lurching at her during the night in the house and in one of the pictures the same hellhound appeared on a wall.

“It had red eyes,” she said. “It was black with big teeth. It took up three fourths of the wall.”

McKee’s publisher, Tate Publishing, could not produce any evidence that the photos were doctored in any way. McKee had to submit the pictures for perusal prior to the book getting published.

The book was released nationwide on Sept. 30. It is currently available on Amazon.com and in physical and e-edition at Barnes and Noble.

The aforementioned photos appear throughout the book.

McKee said she would begin work on part two of the spiritual warfare-based trilogy this month.

“It’s a lot of fiction inspired by real events,” McKee said. “It’s about faith being the only hinge between life and death as an unknowing family chose to call the house of the devil their home.”

Due to a water line break this morning the South Point Water Department is advising residents on the following streets... read more