‘Be the one’: event honors MLK’s legacy 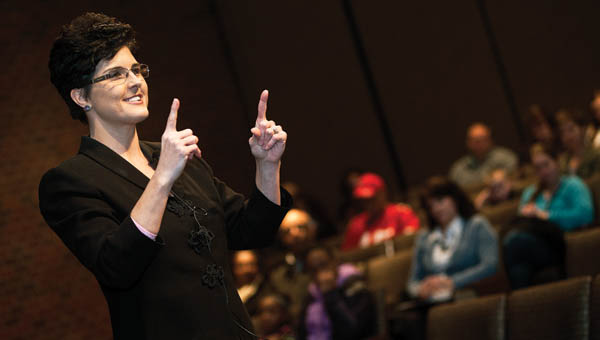 “Almost always, the creative dedicated minority has made the world better.”

Dr. Martin Luther King Jr. is synonymous with African-Americans’ struggle for equality in the 1950s and 1960s. Since he was assassinated on April 4, 1968, King’s efforts and legacy have been preserved and built upon by communities across America.

The Ohio University Southern Council on Diversity and Inclusion helped spread King’s message on Tuesday with its 23rd annual Martin Luther King Jr. Community Celebration titled “Be the One: Beginning the Conversation on Healing and Change” in the OUS Bowman Auditorium.

“With all of the things going on in the country today — protests and a lot of tension in the air — we debated how to present this program,” Robert Pleasant, council on diversity and inclusion coordinator, said. “With everything going on we thought this is the time we need to begin a conversation.”

Pleasant said while putting the program together, he received an email from a friend who asked, “Are you only agreeable to those who look and move like you? How flexible and open are you to change?” 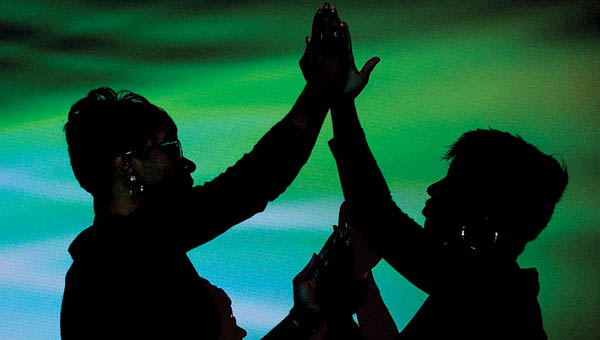 Participants in the annual Martin Luther King Jr. Community Celebration perform an interpretive dance to “I Need You to Survive” on Tuesday at Ohio University Southern.

The Fairland High School Varsity Vocals under the direction of Deborah Bradley sang the national anthem after Dr. Nicole Pennington, OUS dean, welcomed everyone to the event.

A video was shown titled “Selma to Montgomery,” telling the story of the first attempt to march from Selma, Alabama, to Montgomery, Alabama, that ended in violence on the Edmund Pettus Bridge and of the second 54-mile, five-day march of 25,000 people that was completed. 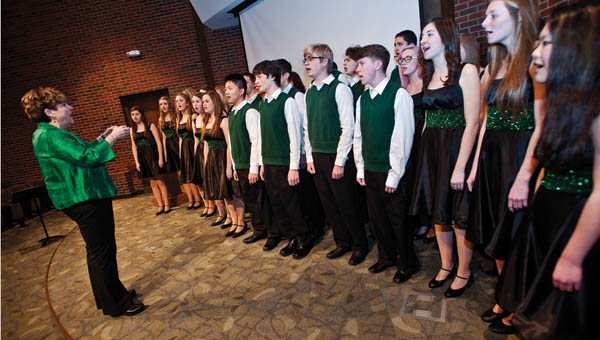 Members of the Fairland High School Varsity Vocals perform the national anthem and “Let There Be Peace on Earth.”

“I tried to write that politically correct, middle-of-the-road, non-offensive speech and I just couldn’t do it,” speaker Katrina Keith said. “We don’t have a race problem in America; we have a human race problem.”

Keith discussed her upbringing in a Caucasian family and how her relationship with an African-American sent her “down a path of rejection.”

“I was angry and bitter for years because the causasian race wouldn’t accept me,” she said. “It took me years to heal, to find my identity. I chose Christianity and learned to ‘love thy neighbor’ even if that neighbor didn’t look or act like you. God pulled that bitterness from my heart.”

Maya McKenzie, a student at Paul Blazer High School in Ashland, also spoke at the event.

“As I look around this room today, I see people,” she said. “Not black people, not white people: people.”

OUS associate history professor Dr. Deborah Marinski asked a question prior to her speech: Are we progressing?

“Yes,” she said. “But we are not there yet. I will teach my students, but I will also teach my children.”

OUS Admissions Adviser Eric McLaughlin led the crowd in a litany of commemoration and remembrance. OUS Marketing and Public Information Officer Shelly Betz made remarks before the Fairland High School Varsity Vocals concluded the event by singing “Let There be Peace on Earth.”