Nina V. Anderson, 94, of Ironton, passed away Thursday, Jan. 29, 2015, in Community Hospice Health Care in Ashland. Mrs. Anderson was born Nov. 2, 1920, in Ironton, daughter of the late William and Gladys (McDowell) Bryant. She was preceded in death by her husband, William M. Anderson, whom she married June 20, 1942.

Mrs. Anderson was a 1938 graduate of Ironton High School. She was homemaker. Nina and William operated the businesses of Anderson’s Supermarket and Anderson’s Pizza Pub with other members of the Anderson family. Mrs. Anderson was a member of Central Christian Church, where she taught Sunday school to third-graders for 38 years.

In addition to her parents and husband, she was preceded in death by two brothers, Louis N. Bryant and William Bryant; and sister, Clarice Ann Bryant.

Jeffrey Bruce, 60, of Coal Grove, passed away Wednesday, Jan. 28, 2015, at King’s Daughters Medical Center in Ashland. The Ironton native was born July 30, 1954, the son of the late Warren and Mary Margaret Bishop Bruce.

Mr. Bruce graduated from Dawson-Bryant High School and received his bachelor’s degree from Ohio University. He was an employee for Lowe’s in South Point.

Jeff is survived by three brothers and two sisters-in-law, Greg and Evelyn Bruce, of Oak Hill, Mark and Allison Bruce, of Daytona, Florida, and Steve Bruce, of Ashland; and numerous nieces and nephews.

A memorial service will be at 7 p.m. Tuesday at Phillips Funeral Home in Ironton with pastor John Euton officiating. Visitation will be 5-7 p.m. at the funeral home on Tuesday. To offer condolences to the family, please visit www.phillipsfuneralhome.net.

Margaret Adkins, 62, of Willow Wood, passed away Jan. 23, 2015, at her residence. The Clarksburg, West Virginia, native was born Oct. 22, 1952, the daughter of the late John Davis and Velma Ruth Eakles. Margaret was preceded in death by her husband, Steven Wayne Adkins.

Mrs. Adkins was a graduate of Clarksburg High School and was a laborer for Hamer’s Lumber Yard in Kenova for 12 years and was of the Baptist faith.

In addition to her parents and husband, she was preceded in death by four sons, Carl Sharp, Jerry Davis, Kim Sharp and Carlos Sharp.

There will be no services or visitation. Phillips Funeral Home is in charge of the arrangements. To offer condolences to the family, please visit www.phillipsfuneralhome.net.

Richard Allen Kincaid, 79, of South Point, died on Jan. 30, 2015. Funeral services will be at noon Tuesday at Slack and Wallace Funeral Home in South Point with pastor Aaron Childers officiating. Military graveside services will follow at Kentucky Veterans Cemetery Northeast in Greenup County, Kentucky. Friends may call two hours prior to the service. Condolences to the family may be expressed at www.slackandwallace.com.

He was born April 7, 1958, a son of the late Charles Jenkins and the late Bonnie Shope. He was a mechanic, a graduate of Rock Hill High School, of the Baptist faith and was a friend to many. In addition to his parents, he was preceded in death by a brother, Charles Jenkins.

Funeral services will at 1 p.m. on Tuesday in the Pleasant Valley Freewill Baptist Church in Fox Hollow with pastor Shane Hanshaw with special singing by the Mack Shope Family. Sugar Ray will be laid to rest in the Lawrence Furnace Cemetery.

The family has entrusted his care to Brown Funeral Chapel at Ironton.

He was a former technician with Columbia Gas of Logan, West Virginia.

Willmot “Will” Maurice Sizemore, 64, of Ironton, passed away Friday, Jan. 30, 2015, at King’s Daughters Medical Center in Ashland. The Fairborn native was born May 12, 1950, a son of the late Stanley and Ernestine Brown Sizemore.

Will was a 1970 graduate of Rock Hill High School and attended Lagrange Freewill Baptist Church. He was a disabled laborer and formerly worked for the Ironton-Lawrence County Community Action Organization and Gulf Chemical.

In addition to his parents he was preceded in death by a sister and brother-in-law, Patricia and Robert Morgan.

A memorial service will be at a later date. Phillips Funeral Home in Ironton is in charge of the arrangements. To offer condolences to the family please visit www.phillipsfuneralhome.net.

Robert Ray Oliver, 70, of Vanceburg, Kentucky, passed away Thursday, Jan. 29, 2015, at the South Shore Nursing and Rehab Center. The Lawrence County native was born Sept. 12, 1944, a son of Lucille Cade Baer, of Portsmouth, and the late Charles Oliver. He was also preceded in death by his wife, Ruth Ann White Oliver, who passed away April 9, 2003.

Mr. Oliver was a graduate of Boyd County High School and a former employee for Patton Lumber in Ashland. He was a U.S. Army veteran serving from 1962 through 1964 and was of the Baptist faith.

In addition to his father, he was preceded in death by a brother, Charles L. Oliver; and a sister, Judy K. Oliver.

Funeral services will be 1 p.m. Tuesday at Phillips Funeral Home in Ironton with the Rev. James Larter officiating. Burial will follow in Woodland Cemetery with military graveside rites by VFW Post 8850. Visitation will be 6-8 p.m. Monday and 11 a.m. until time of service on Tuesday at the funeral home. To offer condolences to the family, please visit www.phillipsfuneralhome.net.

Cresson Max Singer, 80, of Chesapeake, died Wednesday, Jan. 28, 2015, in King’s Daughters Medical Center in Ashland. Graveside service will be noon Monday at Highland Memorial Gardens in South Point. There will be no visitation. Schneider-Griffin Funeral Home in Chesapeake is in charge of arrangements. Condolences may be expressed to the family at www.schneidergriffin.com. 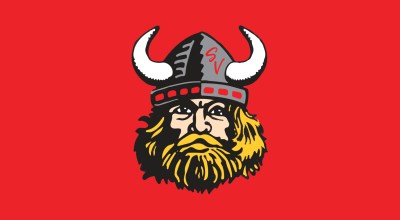