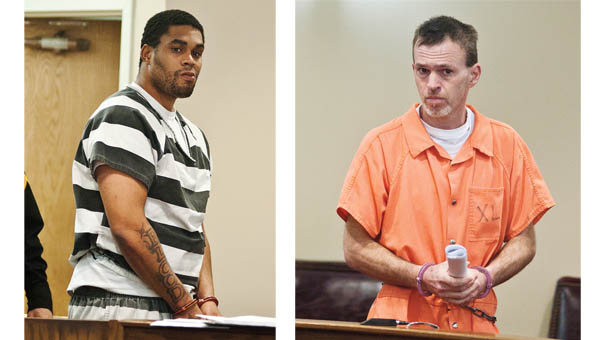 CHESAPEAKE — A man who was previously on the run for allegedly shooting a South Point man was arraigned Friday in Lawrence County Municipal Court.

A preliminary hearing was set for Feb. 13.

He was arrested in late January after about two weeks on the run from police.

According to investigators, Wilson, along with William Rice, 24, who turned himself in to police, allegedly began demanding money they claimed Adams had stolen from them. Wilson allegedly began assaulting Adams and then produced a small caliber handgun and fired at least one shot that struck Adams in the face. Wilson and Rice then allegedly fled the residence.

Also arrested was Nicole Eller, 29. She and Rice were each charged with complicity to commit murder, tampering with evidence and obstructing justice.

In an unrelated case, a Proctorville man arrested this week following a rash of breaking and entering incidents was also arraigned in municipal court.

A preliminary hearing was set for Feb. 13.

Shaffer was arrested by Lawrence County sheriff’s deputies and faces six counts of breaking and entering, two counts of tampering with evidence, and one count of grand theft.

Getting youth ready for science careers