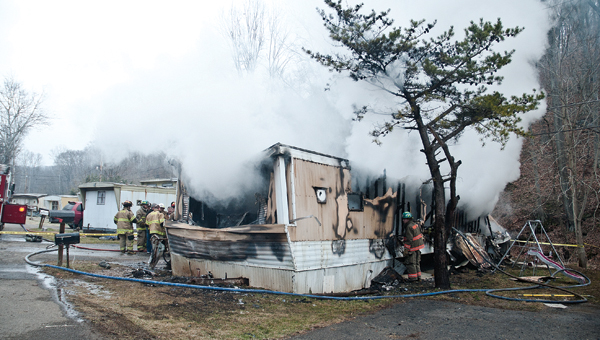 A mother and three children have died in a mobile home fire this morning.

SOUTH POINT — A mother and three children have died in a mobile home fire this morning.

The woman was 24 and the children were 11-month-old twin boys and a 5-year-old boy.

There were another woman, 32, and a 9-year-old boy who also lived in the mobile home but were not there at the time the fire broke out.

The call came in at 8:41 a.m. when a neighbor to the home on Gary Malone Street saw the blaze, according to Steve Harrison of the South Point Fire Department.

The names of the deceased are not being released at this time. There is no information on the cause of the fire and if there were working smoke detectors or a heater in the home.

Right now the state fire marshal and the county coroner are on the scene.

SOUTH POINT — At least one person is dead following a fire at a mobile home off Little Solida Road,... read more