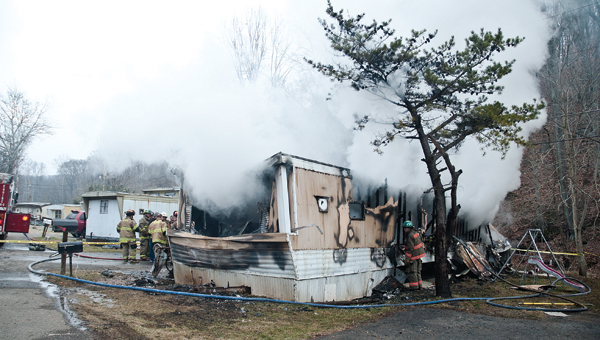 Firefighters from South Point and Fayette and Perry townships put out a fire Wednesday on Gary Malone Street in South Point.

Two other people also lived in the trailer but were not there at the time of the fire.

The call came in at 8:41 a.m. when a neighbor to the home at Gary Malone Mobile Home Park saw the blaze, according to Steve Harrison of the South Point Fire Department.

Within an hour the mobile home was turned into a shell with only one part of a wall standing. Crews battled the blaze and the subsequent smoking shell for at least two hours.

The fire remains under investigation with the state fire marshal.

Man gets 25 years for murder

GREENUP COUNTY, Ky. — A Kitts Mill man will spend the next 25 years in prison for the 2013 murder... read more