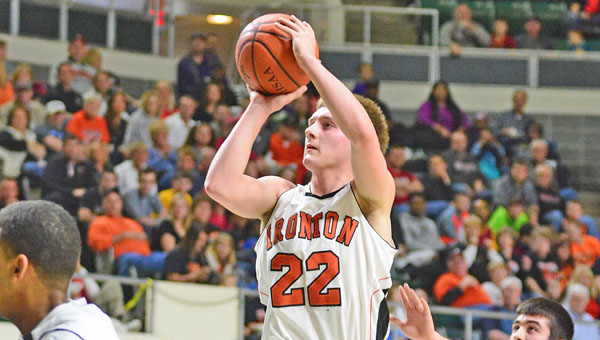 COLUMBUS — This wasn’t the “Lucky Seven.” These guys are good.

Seven area boys’ basketball players were honored on Tuesday as they were named to the Associated Press All-Ohio team.

Cox, Rhoades, Adkins and Short were named Special Mention while Meadows, Collins and Goheen were all honorable mention.

He helped Ironton win the district championship and a berth in the regional semifinals.

The 5-9 Rhoades and 6-6 Meadows are both juniors and led the Panthers to an Ohio Valley Conference co-championship and a berth in the district tournament.

The 6-4 Adkins averaged 14 points and 10.7 rebounds as he helped the Hornets to a second straight sectional title.

Collins was Mr. Everything for the Redmen. The 6-2 guard not only led the team in scoring at 19.1 but also topped the Redmen with 10.6 rebounds and 4.2 assists per game.

Goheen — who has signed with Kentucky Christian University — averaged 17 points, 4.0 rebounds, 5.0 assists and 2.0 steals a game. He was deadly at the foul line with an 80 percent shooting touch.

See the All-Ohio listings on Page 9.

COLUMBUS (AP) — The confetti showers. The trophy ceremonies. The remarkable run to a national championship. All that felt like... read more