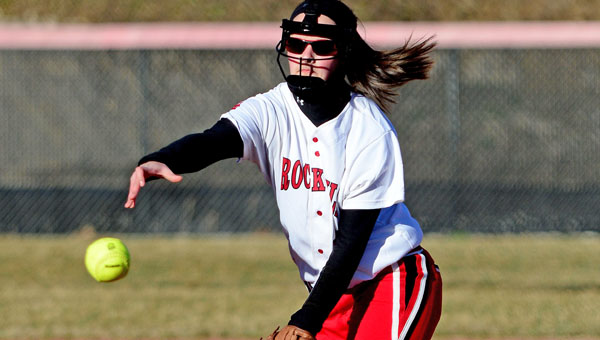 The Redwomen combined eight hits with sacrifice bunts and errors to beat the Northwest Lady Mohawks 5-3 on Monday.

“Jill (Hairston) threw well. She only walked one so she made them earned their runs.”

Hairston and Jenna Lane walked, both moved up on a wild pitch, and Riann Keating had a two-run single.

Northwest got a run in the bottom of the inning, but Rock Hill got the run back in the second.

The Redwomen went up 5-1 with two runs in the seventh.

Kenzie Harrah reached on an error and Keating doubled her home. Anna Darby followed with a hit and McGinnis put down a squeeze bunt for an RBI.

Northwest scored twice in the bottom of the inning, but Hairston was able to work out of the jam.

On Saturday, Rock Hill beat Georgetown 5-2 and shutout Huntington St. Joseph in the Queen of the Hill Tournament.

The Redwomen host Lewis County, Ky., at 6 p.m. on Wednesday.