McClure sent back to minor leagues 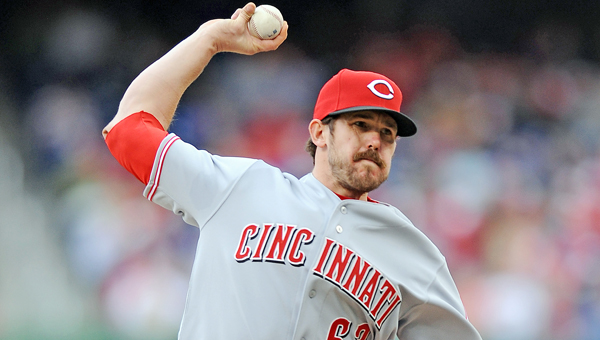 GOODYEAR, Ariz. (AP) — The Cincinnati Reds sent reliever Sam LeCure outright to the minors on Thursday and announced that Jason Marquis would be added to the roster, completing their rotation going into opening day.

They plan to put starter Homer Bailey on the 15-day disabled list ahead of Monday’s opener against Pittsburgh at Great American Ball Park.

Right-hander Michael Lorenzen was optioned to Triple-A Louisville. He has never pitched in the majors and was considered to fill Bailey’s spot before he returns sometime in April.

They haven’t said how they will create the fourth open spot.

Bailey is recovering from surgery on his right forearm in September and is still getting back in pitching shape. He’s expected to miss one or two starts.

LeCure has been a mainstay in the bullpen the last four years. He went 1-4 with a 3.81 ERA in 62 appearances last season and is guaranteed $1.9 million this year.

“It breaks all our hearts that Sam isn’t going to be with us,” Price said. “I never could have seen that coming. He embodies everything we believe a player should be.

“His velocity was down and his fastball command was erratic since the second half of last year. He is a much better pitcher than he has shown. We have to get him back to where he was.”