The inmate at the center of a federal case against three former Lawrence County jailers is suing the county over the same alleged incident.

“Kinstler complains of his egregious and unjustifiable treatment by defendants,” the suit states.

“Kinstler was subjected to the brutal, vicious, malicious, intentional and unjustified use of excessive force in the jail at the hands of defendants, Jeremy S. Hanshaw, Ronald S. Hatfield and Jason D. Mays. It is the purpose of this action to recover actual damages Kinstler sustained as a result of defendants’ conduct, as well as punitive damages to punish defendants’ conduct and forever deter its repetition.”

These damages are sought as his civil rights were violated under the Fourth, Eighth, 10th and 14th amendments of the constitution, the suit alleges.

Kinstler was arrested on Aug. 16, 2014, the last day of the Rally on the River by Ohio State Highway Patrol for the Ironton Police Department. He was charged with disorderly conduct by intoxication. The case was dismissed in Ironton Municipal Court on Aug. 25 because it was not filed on time, according to the court.

According to the civil suit that quotes an alleged account by sheriff’s detective Aaron Bollinger, a handcuffed Kinstler was “slammed into the wall on two occasions by deputy Hanshaw and kneed and punched in his right side by Hatfield. … At a point it appears that deputy Hatfield says something to deputy Mays. Deputy Mays looks at the camera and stands in front of the camera to attempt to cover the camera view.

This same videotaped incident was part of the focus of a federal indictment brought against the three former officers in January. That followed an investigation by Lawless after he learned of the alleged incident less than a week after Kinstler’s arrest.

According to a release from the sheriff at that time, a jail employee told Lawless about the alleged incident on Aug. 19. After an investigation detectives concluded the three officers had engaged in “the inappropriate treatment” of an inmate according to a sheriff’s release. After meeting with prosecuting attorney Brigham Anderson, the investigation continued. That same day Mays was fired and Hatfield and Hanshaw were placed on paid administrative leave.

At that time Hatfield and Hanshaw were charged with felonious assault and Mays with tampering with evidence.

In January a federal indictment was handed up for the three with a superseding indictment coming earlier this month.

That stated that the three men “willfully combined, conspired and agreed with one another to injure, oppress, threaten and intimidate (Kinstler) … in the right to be free from the use of unreasonable force by one acting under the color of law.

“The defendants assaulted and injured (Kinstler) inside the jail during the booking process while (he) was restrained and not posing a physical threat to anyone.”

The indictment also alleged Hatfield and Mays knowingly covered up evidence and that Hanshaw falsified reports.

Due to collective bargaining rights Hatfield and Hanshaw are on unpaid administrative leave.

“It doesn’t surprise me a lawsuit has been filed,” Lawless said. “I viewed on video what I felt was wrongdoing by corrections officers. Therefore I acted in a manner of law, which my oath requires. These officers are entitled to due process and are innocent until proven guilty.” 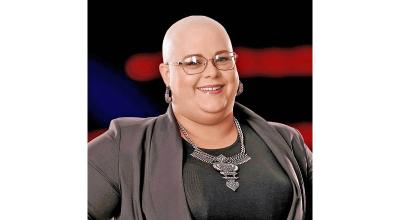