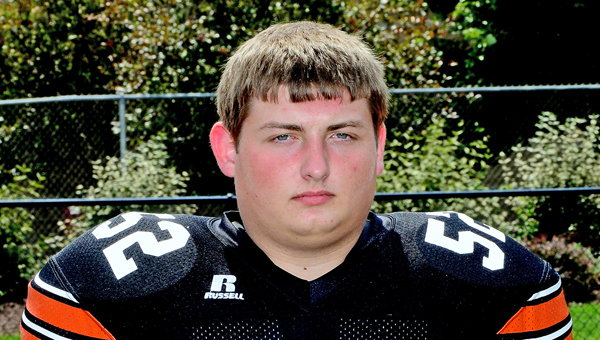 Many are called, but only a few are chosen.

The Ironton Fighting Tigers’ senior lineman got the call last spring that he was one of the chosen few for one of the Blue-Grey National Super Combine.

Hankins will attend the Super Combine in Canton on June 19 at Fawcett Stadium, home of the Pro Football Hall of Fame game.

The two-day event features dinner and media night which is sponsored by Fox Sports, USA Today and 24/7 Sports.

“It’s an honor to be selected to participate in this,” said Hankins.

The combine experience could be continued for Hankins based on his performance in Canton.

The top players at the Canton combine will be invited to play in one of the Blue-Grey National All-American Bowls.

Super combine prospects will comprise 75 percent of each team.

Last year there were 630 prospects from 32 states who competed at the super combines and 475 ended up signing a college football scholarship in their senior year.

Hankins is the son of Brian and Melissa Hankins of Ironton.

AUSTIN, Texas (AP) — Texas says it has contacted the NCAA as the school investigates allegations of academic misconduct in... read more