Report: Rose bet on games as a player 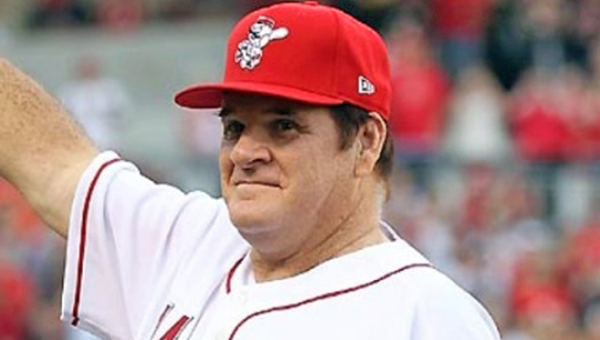 BRISTOL, Conn. (AP) — ESPN says it obtained a notebook that shows Pete Rose bet on Cincinnati Reds games during his last season as an active player in 1986.

The career hits leader agreed to a lifetime ban from baseball in 1989 after an investigation by John Dowd, a lawyer retained by Major League Baseball, concluded he bet on the Reds to win from 1985-87 while he was a player and manager.

Rose repeatedly denied the allegations before admitting in a 2004 autobiography he bet on Cincinnati to win while he managed the team. Rose became player-manager in 1984 and managed the team until the suspension in August 1989.

ESPN’s “Outside the Lines” said it obtained a notebook seized by U.S. Postal Inspection Service in October 1989 from Rose associate Michael Bertolini, which reflect betting records from March to July 1986. The documents are under seal and stored in the National Archives’ New York office, ESPN said.

Rose applied for reinstatement to baseball in September 1997 and met in November 2002 with Commissioner Bud Selig, who never ruled on the application. Rose applied again after Selig was succeeded by Rob Manfred in January.

Rose is ineligible for the Hall of Fame as long as he is on the permanently suspended list.

PITTSBURGH (AP) — Johnny Cueto may be the last pitcher the Pittsburgh Pirates want to see after a listless weekend... read more