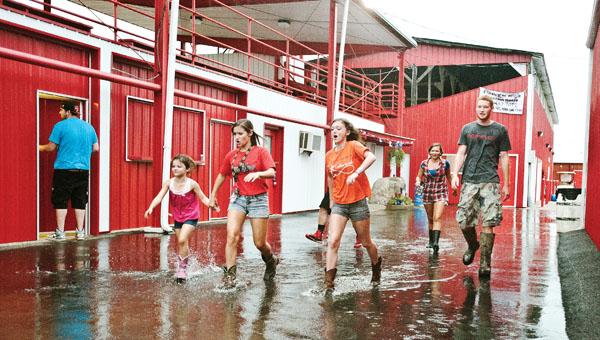 The hard storm that hit Lawrence County on Monday has closed state routes throughout the county.

Crews from the county Ohio Department of Transportation garage were out by 6 a.m. Tuesday checking for high water and debris that could cause road closures.

“Crews started out in the early morning looking for potential closures and cleaning up debris.”

By mid morning Tuesday were the first restrictions where there was high water, but the road was kept open.

“It is just like a flash flood, it goes away quickly,” Fuller said. “You need to use caution. We were watching them closely, but by noon those turned into full closures.

State Route 775 was closed by noon on Tuesday but during the overnight was re-opened.

Closures and re-openings continued through the night as crews keep tabs on watch areas were tributaries and creeks are swelling.

ODOT crews continue to monitor these areas and say that it is prohibited to cross a closed route.

When ewe’ve got it, you’ve got it