Bulldozers tear up the red clay on the acreage that stretches almost from the Marion Pike intersection to Lorain Street on the riverside of Third Street in Ironton.

Just as quickly the heavy machines smooth it back down so it can be covered with what looks from the street like black tarps.

Since the early 1920s there has been heavy industry on the site part of the booming Ironton economy starting with when it was Ironton Solvay Coke Co. From there it metamorphosed into the Ironton Byproduct Coke Co., then the Semet Solvay Coke in the 1940s. From the early 1950s to the 1980s Allied Chemical held fort there with a variety of divisions such as Barretts, plastics and coal chemicals and Semet Solvay. In the late 1980s it became Allied Signal until its last owner, Honeywell, took over in 2001.

For some while the property has lay empty, but giving it a chance at its former glory is part of a plan that current owners Honeywell are undergoing.

“The remediation that was approved by the EPA calls for a protective cover that prevents direct contact with the contaminated soil and prevents storm water from infiltrating into the ground,” a Honeywell spokesperson said.

“Last year we cleaned up eight acres along the river and this year we are scheduled to finish the remediation of 16 acres along Third Street,” the spokesperson said.

Honeywell says it is working to find redevelopment opportunities. 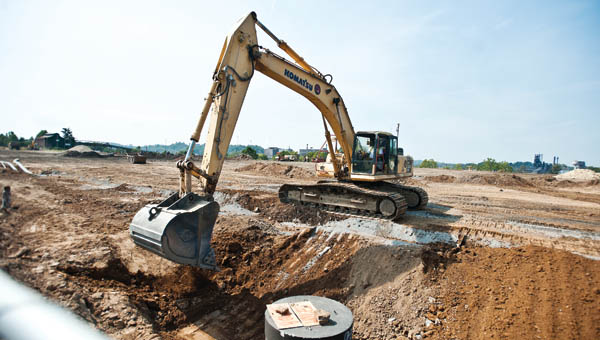 Workers are on scene along South Third Street as they clean up the grounds in the hope for future development.

A Chesapeake man facing a first-degree felony charge of aggravated murder pleaded not guilty by reason of insanity in Lawrence... read more