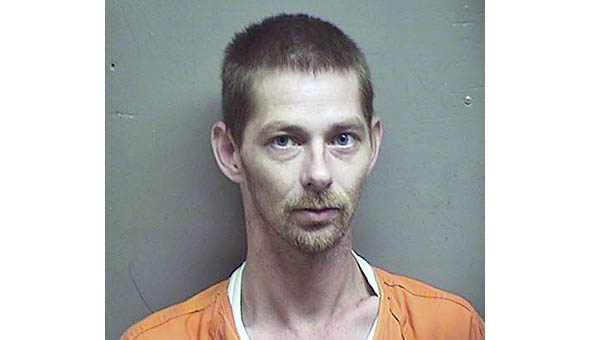 Gary A. Spangler is charged with two counts of aggravated robbery with a firearm.

PROCTORVILLE — A Proctorville man has been arrested for the recent robberies of two Rome Township banks.

Gary A. Spangler, 35, of 605 County Road 70, Proctorville, has been charged with two counts of aggravated robbery with a firearm.

Spangler was arrested on Monday evening, the same day as the second robbery at Liberty bank, by Lawrence County Sheriff’s detectives Aaron Bollinger and Jason Newman.

The two detectives pulled him over for a traffic stop and saw a loaded hand gun in his vehicle.

“He was charged with improperly handling a firearm in a motor vehicle and having a weapon under a disability,” Lawrence County Sheriff Jeff Lawless said.

Further investigation after Spangler was under arrest for the traffic stop lead detectives to charge him with the bank robberies.

The first robbery was on Sept. 8 at U.S. Bank. The suspect and the vehicle in both robberies had similar descriptions. Because of the nearness to Huntington, West Virginia, law enforcement has been called in for assistance.

The vehicle was impounded and some cash was recovered.

Spangler will be arraigned on Friday in the Lawrence County Municipal Court of Judge Donald R. Capper. The case will be presented to the grand jury.

“I want to commend Detectives Bollinger and Newman for their hard work and West Virginia and Huntington police,” Lawless said.

Man gets 4 years 11 months in prison for school threat

Kyle Parramore talks with his attorney before sentencing Wednesday.   The question posed and ultimately answered by the attorney representing... read more