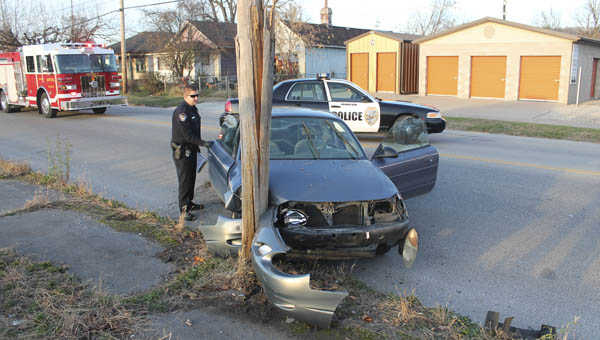 Traffic was shut down both ways on South Third Street near Frogtown restaurant following an accident on Wednesday.

A blue-grey Ford Escort in the southbound lane drifted off the road and hit a telephone pole at about 4:30 p.m.

No other vehicles were involved in the accident. Police and fire crews responded to the scene, and the road was reopened shortly.

PROCTORVILLE — Officers in the Proctorville Police Department now have a new medication at their disposal for helping those who... read more