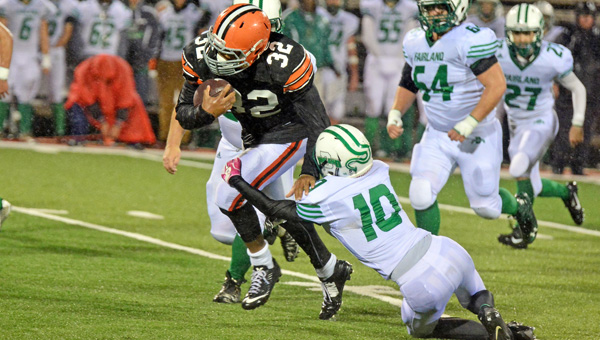 It’s been quite a postseason for Ironton’s Desmond Young.

The Fighting Tigers’ 6-foot-1, 230-pound senior linebacker was named the Associated Press Division V Southeast District Defensive Player of the Year, then made a visit to the University of Louisville and returned home to be named to the AP All-Ohio first team defense.

Young also played fullback on offense and led the team with 805 yards on 151 carries for a 5.3 yards per carry average. He scored 15 touchdowns.

Meadows led Chesapeake with 113 tackles including four tackles for a loss and he had three interceptions.

Dement racked up 137 tackles with 10 stops for a loss and he had four quarterback sacks.