Will be in court on Thursday

The man facing felonious assault charges in the alleged attack on a Briggs Lawrence County Library employee will have a preliminary hearing on Thursday in Ironton Municipal Court. 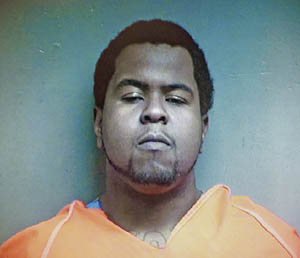 Ironton Judge O. Clark Collins placed a $100,000 bond on Seth Coleman, 22, of Ironton at his arraignment on Monday. Pleas are not taken in felony cases.

Coleman was arrested on Wednesday, about two weeks after the alleged incident, in a Morehead, Kentucky hospital by Kentucky State Police. On Friday he waived extradition at a hearing and was brought back to Lawrence County that day by Ironton Police.

On Jan. 15 at 4:30 p.m. a staff member reported to Ironton Police that a male subject had come into the library and allegedly attempted to assault her with a weapon, according to the detective.

“She screamed for help,” Ross said. “Other workers from the library came to her aid.”

Coleman will be represented by Ironton attorney Mike Davenport.