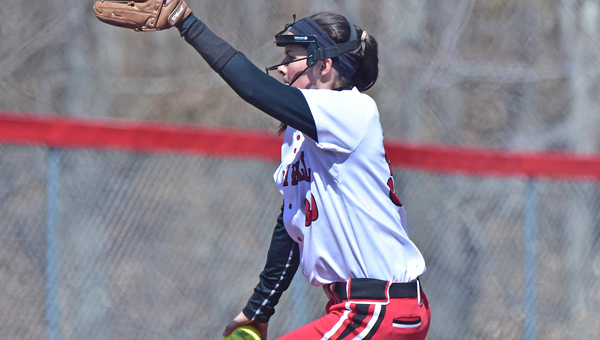 PEDRO — The battery was fully charged.

Pitcher Jill Hairston threw a pair of one-hitters and catcher Riann Keating had three hits as the Rock Hill Redwomen won both their season-opening games at the Queen of the Hill Classic on Saturday.

“The girls came ready to play,” said Rock Hill coach Sam Gue. “Jill and Riann were outstanding today. Combine that with a solid defensive effort and timely hitting, we were able to have some success.

“Jenna (Lane) is seeing the ball really well right now and the top of our order provides us the opportunity to be aggressive offensively.”

In the first game against Manchester, Hairston struck out 11 and walked just one to get the win. Hairston and Keating each went 2-for-3 with Keating driving home a pair of runs.

Hairston was impressive again against West as she pitched a seven inning one-hitter. She fanned seven and did not walk a batter.

The Redwomen banged out 13 hits led by Lane who was 4-for-4 and two runs scored.

“We’re looking forward to playing in Knoxville the next few days,” said Gue. “Our kids are excited about the trip and exited about competing.”

Jim Walker jim.walker@irontontribune.com   PEDRO — Comedian Ron White once joked that his grandfather said of him, “That boy has... read more