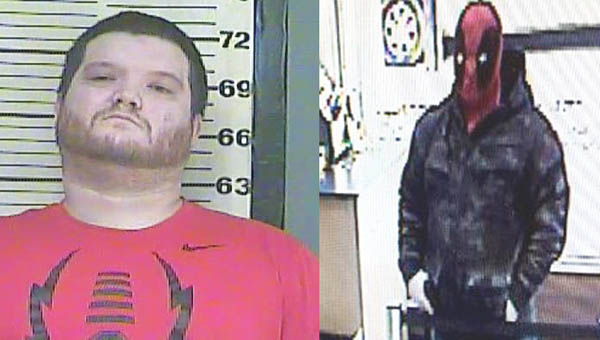 Police have arrested a suspect in the robbery of South Point bank.

South Point police announced that David M. Martin, of Ashland, was arrested in Kentucky in connection with the Feb. 26 armed robbery of the U.S. Bank on Fourth Street in South Point.

Police said Martin pulled a gun on a teller and demanded cash. Video showed a suspect wearing a mask of Marvel Comics character Deadpool during the robbery.

Martin, 31, is being held in the Greenup County Detention Center in Kentucky on charges related to the robbery, as well as additional charges from a non-related matter. Extradition hearings to Ohio are pending.

This story will be updated as more information becomes available.