Facility expands as alternative to prison 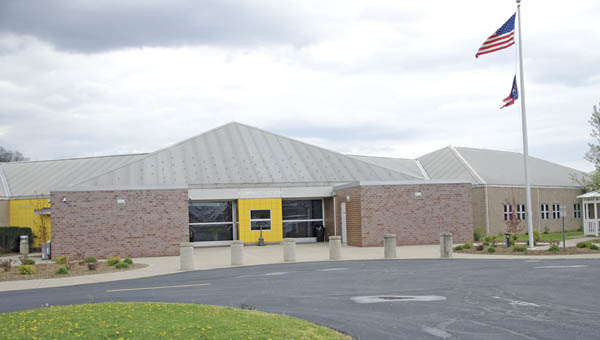 The STAR Community Justice Center has moved to the site of the former Ohio River Valley Juvenile Correction Facility in Franklin Furnace. A ribbon cutting ceremony was hosted at the facility on Monday.

FRANKLIN FURNACE — A ribbon cutting ceremony was hosted Monday at the new location of the STAR Community Justice Center in Franklin Furnace.

A packed house was on hand for the open house of the new site on Gallia Pike, which formerly housed the Ohio River Valley Juvenile Correction Facility.

The site will serve as a community-based correctional facility, one of 19 in the state, with the mission of rehabilitation of non-violent, felony offenders in nine counties.

The facility will focus on cognitive behavioral treatment and educational, vocational and restoratives activities during stays up to 180 days. An aftercare plan will be in effect to ensure long-term success with offenders’ rehabilitation.

Following the presentation of colors and the Pledge of Allegiance, Ohio Department of Rehabilitation and Correction Director Gary C. Mohr addressed the crowd.

“I don’t believe prisons are the best method to treat dug-addicted Ohioans,” he said. “I believe places like this, and judges with the right tools, can do a better job.”

Mohr said he was optimistic the center would make a difference.

“This facility will change the lives of the people who go through it,” he said.

Mohr said the work done at the facility, which made the move to its current location last month, would offer offenders a chance at redemption.

“I believe that people deserve a second chance,” he said. “I believe this facility is a great alternative to sending people to prison.”

He said the solution to the drug problem needs to be addressed at both the government and public level.

“We have the opportunity to do things based on research and based on human beings,” he said. “We need to restore judicial discretion so judges can make decision not bound by legislation in Columbus.”

He said, as a society, more needs to be done to make treatment available before an addict gets a criminal record.

“”I’ve been asking myself more and more why judges have to be the primary referral for people to get treatment,” he said.

He said parents have difficulty getting treatment for teens.

“We need to give family doctors a chance to help people before they get a criminal history,” he said.

Following the remarks by Mohr, State Rep. Terry Johnson and STAR Director Eddie Philabaun, attendees were given the opportunity to tour the facility.

J.T. Holt, the center’s deputy director, said the facility is currently funded for 250 beds, but that number will go up.

He said they expect the current amount of beds to be filled by the end of May.

“We’re the largest facility of this kind in the state, and, when we’re fully funded, to my knowledge, we’ll be the largest in the country,” Holt said.

Men’s home contentious subject at council meeting CHESAPEAKE— The opening of a men’s home by a drug and alcohol rehabilitation... read more