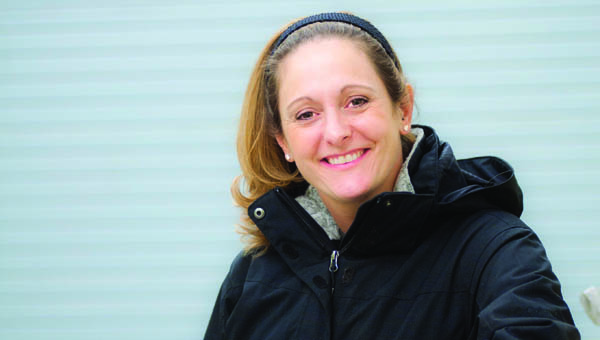 Brittnany Hobak is the executive director at River Cities Harvest in Ashland.

ASHLAND, Ky. — There are several organizations throughout the Tri-State helping to provide food to the needy, and River Cities Harvest in Ashland supplies many of them in their efforts.

Brittnany Hobak, the executive director, describes the nonprofit as a “food rescue and redistribution organization,” which works with about 40 partners, including food pantries, city missions and soup kitchens.

Hobak said they moved 600,000 pounds of food in 2015, providing for organizations in Boyd, Greenup and Lawrence counties in Kentucky and Lawrence County in Ohio.

She said they go out and get excess food from places such as Wal-Mart and Kroger. While some groups classify the food as “waste,” Hobak said it’s still usable and good product.

She said the stores give away older, but unexpired, food when the new shipments of merchandise come in. She pointed out the “manager’s specials” that stores have as they try to clear out inventory to make room for the new. What doesn’t sell goes to the food banks, she said.

For instance, in cases of produce, ripe bananas sitting on a shelf will be removed when a new shipment of fresher product arrives.

“With the new inventory coming in, the old has to go somewhere,” she said. “And the old used to be the trash.”

In addition, products in damaged packages, such as bent or busted boxes and dented cans, are often given away.

Hobak said a partnership with Facing Hunger Food Bank in Huntington has been especially beneficial, as it has provided the opportunity for River Cities to go to these stores.

In some cases, volunteers from the stores bring the food to River Cities, she said.

Another source of food is the federal prison in Summit, Kentucky, where she says an inmate garden has been a valuable source of fresh produce.

River Cities was launched in 1991, Hobak said. At the time, it had no physical address, but was comprised of a coalition of retirees from Ashland Oil who provided the group’s service.

They were troubled by the amount of usable food that was simply getting tossed out by businesses.

She said, over the years, it “blossomed into something more.”

The organization moved into its current location on Carter Avenue in 2007, in The Neighborhood, a building that serves as a one-stop center for groups such as the Ashland Community Kitchen, offering services to the needy.

Hobak said her biggest challenge is acquiring healthier food options to give away.

“I’d like to get my hands on a lot of good, quality food,” she said, citing the need for more fresh foods.

In addition, she would like to see the group focus on education, such as cooking classes, to teach people about the importance of healthier, fresh options in their diet. She said this would be a great help to those suffering from diabetes and high blood pressure.

River Cities gets 40 percent of their funding from the United Way of Northeast Kentucky, Hobak said. The rest comes from individuals and business, as well as money raised through fundraisers, such as the Trail Run Against Hunger, which takes place every August at Greenbo Lake.

She said donations of non-perishable items are essential.

“We’re very blessed the community has stepped up to do local food drives,” she said. “Canned goods are what everyone wants, but they’re also what we get the least of.

To find out more about River Cities Harvest, or to learn how to contribute, visit their website at www.rivercitiesharvest.org.

Josh Morrison is the general manager of Inspired and The Tribune. Welcome, and thank you for picking up the inaugural... read more