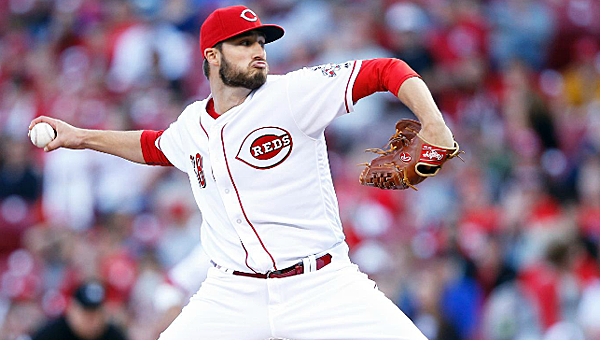 CINCINNATI (AP) — The 28,249 fans got momentarily quiet, and then screamed when Jay Bruce caught Ryan Braun’s fly ball near the warning track in right field for the final out. One of the strangest streaks in baseball history had finally ended.

Brandon Phillips homered for the third straight game and the Cincinnati Reds’ bullpen finally ended its historic streak of giving up runs, closing out a 5-1 victory over the Milwaukee Brewers on Friday night.

Cincinnati’s relievers had allowed at least one run in a major league-record 23 consecutive games. They put together four scoreless innings to end a streak that started on April 11.

“We were aware of it,” said Caleb Cotham, who pitched two innings. “It’s not something I would say drives us, but it definitely was on our mind. We take pride in our job. It hasn’t worked out so far.”

The Reds have won three in a row for the first time since sweeping the season-opening series against Philadelphia.

Tim Adleman (1-0) got his first major league victory in his second career start, holding the Brewers to Alex Presley’s solo homer in five innings. The 28-year-old pitcher got his chance to finally reach the majors because of the Reds’ depleted rotation.

“I can’t say I imagined what it would feel like, but contributing to the team’s win certainly feels good,” Adleman said.

Tony Cingrani got pinch-hitter Hernan Perez to fly out with the bases loaded in the eighth. Cingrani gave up a single by Jonathan Villar to open the ninth, but caught him leaning off first base and threw over to start a rundown. He retired Braun to end it and get his first big league save.

Phillips’ three-run shot in the third off Tyler Cravy (0-1) made it 5-0. It’s the second time that Phillips has homered in three straight games — he also did it in 2012.

“I’m just trying to remind people that I can still play the game,” the 34-year-old second baseman said. “A lot of people forgot what I can do.”

Joey Votto also had a solo shot off Cravy, who was called up from Triple-A when Wily Peralta went on the paternity list earlier in the day. Cravy made five relief appearances for the Brewers earlier this season and has yet to win in his first two major league seasons, going 0-9.

Cravy knew he would be optioned back to Colorado Springs after the game.

“It was a little tough, knowing you’re going back down,” Cravy said. “But I don’t think it affected me too much on the mound. I don’t think I had my best stuff tonight. Two bad pitches cost me four runs ultimately.”

In the first two games of the series, Brewers starters have lasted only nine innings and allowed 11 earned runs, including four homers. Milwaukee’s starting pitching has a 6.34 ERA, by far the worst in the majors.

Cravy’s spot will be filled by left-hander Michael Kirkman, who was claimed off waivers from San Diego and will be with the team on Saturday.

Brewers: RF Domingo Santana was out of the lineup for the fourth straight game with a sore right shoulder. Manager Craig Counsell said he could return to the lineup on Saturday. … 2B Scooter Gennett could start a brief rehab assignment next week as he recovers from a strained oblique.

Reds: C Devin Mesoraco will have surgery on Tuesday to repair a torn labrum in his left (non-throwing) shoulder. He’ll be in rehabilitation for four to six months. … RH Homer Bailey played catch on Friday. He had Tommy John surgery a year ago and was on a minor league rehab assignment when he felt soreness in the elbow, prompting the Reds to back him off pitching for a while.

Brewers: RHP Jimmy Nelson (4-2) has a team-high four quality starts in six games. He allowed two runs in seven innings of an 8-5 win over the Angels on Monday.