Listen to the music 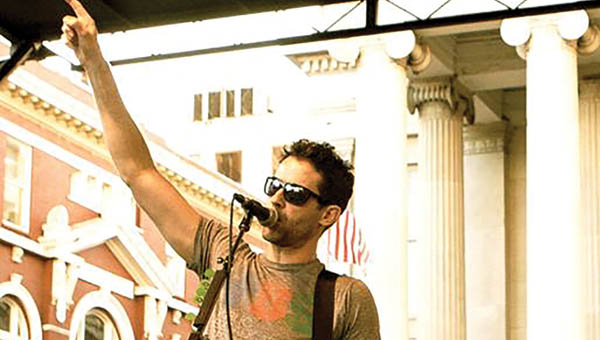 Tuesday evenings are about to get more rockin’ in downtown Ironton.

This week, the first of many free concerts in The Glockner Summer Concert Series kicks off with a performance by Rich Collins.

This year marks the fourth year for the concert series and organizers said the event continues to grow.

“I think iHeartRadio really helps us a lot,” said Sam Heighton, executive director of Ironton aLive. “They do a lot of promoting on the radio. “We see a lot of cars from Kentucky and Scioto County. And we want to see new faces.”

This is the first year Glockner has sponsored the event. Heighton said the business was approached for its community-minded attitude since moving to Ironton.

“We really appreciate Glockner working with us,” he said. “They are really wanting to be part of the community.”

All Tuesday night concerts begin at 6:30 p.m. at the Ironton Farmers Market Square. In the event of bad weather the concert will take place at the Ro-Na Theater, one block away on South Third Street. People are encouraged to bring lawn chairs.

“That’s one advantage we have,” Heighton said. “If we have bad weather, we can move into the Ro-Na Theater. And we had a couple of those days last year. It’s great the Friends of Ironton cooperate so well. We have the same goal — promoting Ironton — and we do it together.”

During the June 21 concert, Heighton said there will also be a community block party that starts at 5 p.m., which is still in the planning phase.

“We have a lot of good ideas,” he said. “We are working through the churches mainly to get more people involved who have families. We want it to be a family event.”

The concert series will run through August and is a joint project produced by Studimo Productions, iHeartRadio and Ironton aLive.

“The concerts have been very well received and we are just looking forward to growing the event and making it something for everybody,” Heighton said. “We appreciate the people who do come. We have some people who have been coming every Tuesday since we’ve been doing it.”

Abandoned homes to be discussed

Ordinances will be focus of meeting   CHESAPEAKE — Two ordinances will go before the Chesapeake village council at Monday’s... read more