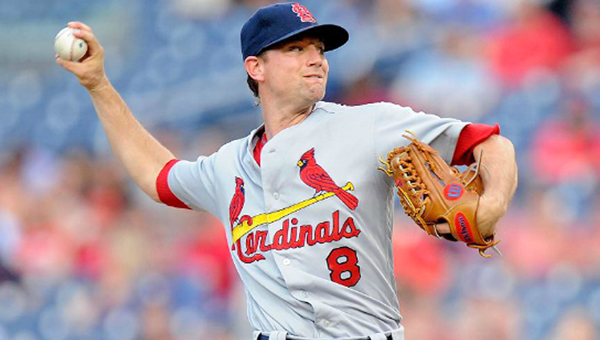 CINCINNATI (AP) — The St. Louis Cardinals and Cincinnati Reds resumes on Tuesday night at Great American Ball Park, but it likely will have a different feel this time around.

The Reds are in the midst of a rebuild while the Cardinals are trying to establish some consistency in order to keep pace with the first-place Chicago Cubs, who have distanced themselves from their National League Central rivals.

Trading Mike Leake to the San Francisco Giants was among the key moves made last season by Cincinnati in an effort to cut payroll and build for the future.

Leake signed a 5-year free-agent contract with the Cardinals (30-27) in December and will face many of his former Reds teammates for the first time Tuesday.

“He’s been what we had hoped for, someone who would come in and give us a quality start,” Cardinals’ manager Mike Matheny told MLB.com. “Someone who would give our team a chance.”

Among the initiatives for the Reds’ rebuilding process was to find an everyday left fielder, and it appears they’ve accomplished that goal with Adam Duvall, who they got from San Francisco in exchange for Leake.

Duvall is batting .273 with three home runs and six RBIs in June. His 16 home runs rank second in the NL. Duvall also has developed into a solid defensive outfielder, but it’s his power to this point in the season, which is surprising.

“I don’t know if anyone could have expected (16) homers in the first third of the season from a guy who was a platoon outfielder to start the year,” manager Bryan Price said.

“He’s really not changed his approach. He’s not trying to lift everything to hit homers. He’s shown his power from right-center to the pull field. Ball just jumps off his bat.”

They will be matched up again on Tuesday with left-hander John Lamb, who is coming off his best outing of the season allowing one earned run over seven innings at Colorado, on the hill for Cincinnati.

Since losing 11 straight games, the Reds have won six of nine, including two of three from first-place Washington over the weekend.

The Reds (21-36) will be looking to reverse recent history against the Cardinals, who took two of three from them in mid-April at Busch Stadium.

Cincinnati went 4-17 against St. Louis last season and is only 3-7 against the Cards in the last 10 series played at Great American Ball Park.

Reds fans still enjoy booing Cardinals catcher Yadier Molina, who was at the center of a brawl between the clubs in 2010 at Cincinnati. Molina snapped a 0-for-21 skid with an eighth-inning single on Sunday.

The Cardinals are expected to reinstate shortstop Jhonny Peralta from the disabled list on Tuesday. He’ll be making his season debut after injuring his thumb in Spring Training.

CINCINNATI — For this weekend’s action against the Oakland A’s, fans can purchase four tickets and four Reds caps, all... read more