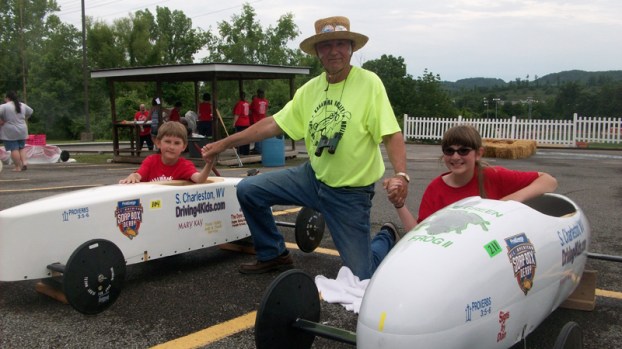 SOUTH CHARLESTON, W.Va. — Two soap box derby drivers made history at a South Charleston track when they became the first brother and sister to win a local championship in their individual division on the same day.

The duo earned a starting position for the World Championship Finals in their respective division. They will compete with more than 100 drivers in each division for the world championship title that includes university scholarship awards and other prizes.

The All-American Soap Box Derby World Finals Championship Race will be run in Akron, on July 16.

Noah and Dakota are the children of Duane and Jennifer Thomas, and Ronald Thomas, of Ironton.