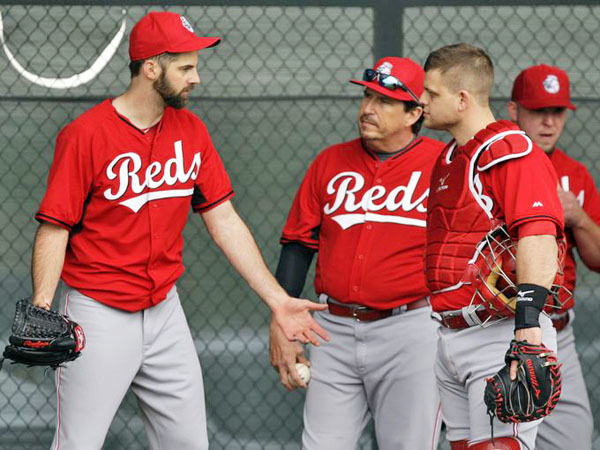 CHICAGO (AP) — The Cincinnati Reds dismissed pitching coach Mark Riggins on Monday, hoping to shake up a staff with the worst ERA in the majors.

Riggins was in his first season after spending the previous four years as the organization’s minor league pitching coordinator.

President of baseball operations Walt Jocketty said he hopes Riggins will remain with the organization in some capacity. He credited Riggins for helping develop young pitchers in the minors but pointed to a lack of improvement at the major league level.

“We brought some guys up here probably before they were ready because we just didn’t have a veteran,” Jocketty said. “We tried to acquire a veteran or two to stabilize the staff but weren’t successful. Part of the blame rests with us, the front office. We haven’t been able to find the right pieces.”

The rotation has been hit with injuries this season, and Homer Bailey is recovering from Tommy John surgery last year.

“It feels like no rock has been unturned to help these guys turn it around,” manager Bryan Price said.

“But at some point in time, the players have to perform. We’ve been talking since spring training about seizing the opportunity and we need more guys to run with the opportunity. We have some really good arms, but we can’t continue to watch these kind of performances.”

CHICAGO (AP) — The Cincinnati Reds are banking on big things from Cody Reed and they’re willing to wait out... read more