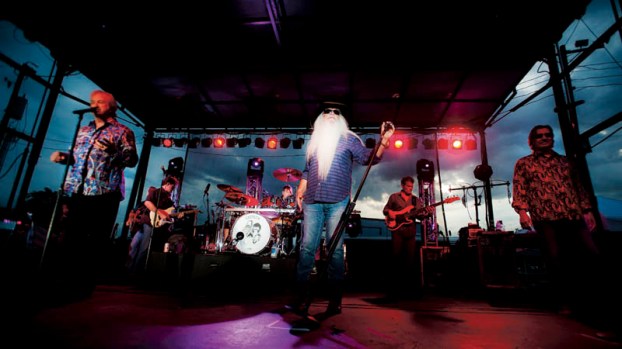 ROME TOWNSHIP — The Oak Ridge Boys were the headline entertainers for the week and took the stage at the grandstand of the Lawrence County Fair on Thursday.

The group’s appearance was part of the Lawrence County bicentennial celebration.

Prior to the performance, the group stood against the rear of their tour bus, using the vehicle’s logo as a backdrop for photos with fans. Before wrapping up, they called on “everyone in blue” to come forward and posed for a photo with members of local law enforcement who were present.

Started as a gospel act in the 1940s, the group went through several line-up changes until a move into country music in the 1970s with their most successful lineup of Joe Bonsall, Duane Allen, William Lee Golden and Richard Sterben, who recorded several number one country hits, such as “Elvira,” “I’ll Be True to You” and “Bobbie Sue.”

ROME TOWNSHIP — Young farmers took their cattle to the arena of the Lawrence County Fair again on Thursday, this... read more