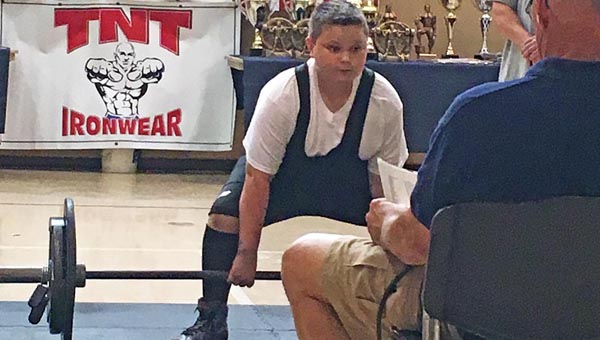 You might not want to grab this tiger by the tail.

Maynard’s performance was even more impressive because he won the 11-12-year-old 165-pound weight class despite a personal body weight of 151.

And Maynard didn’t just win his weight class, he rocked the field by setting three national records in the raw division and as a result qualified for the World Natural Powerlifting World Championships in November.

Bryce competed in the raw division that does not allow athletes to use any compression materials, wraps or lifting aids.

Bryce currently has a 135-pound bench, 200-pound deadlift and 205 squat. His plans for the World Championships is to break records in all three events.

And while all of Bryce’s accomplishments are amazing, they become even more phenomenal considering Bryce didn’t start lifting until this past May.

With more than three months before the world championships, Bryce could realize his dream of setting new records.

As said before, it might be advisable not to try and grab this Fighting Tiger by the tail.

ROME TOWNSHIP — The Oak Ridge Boys were the headline entertainers for the week and took the stage at the... read more