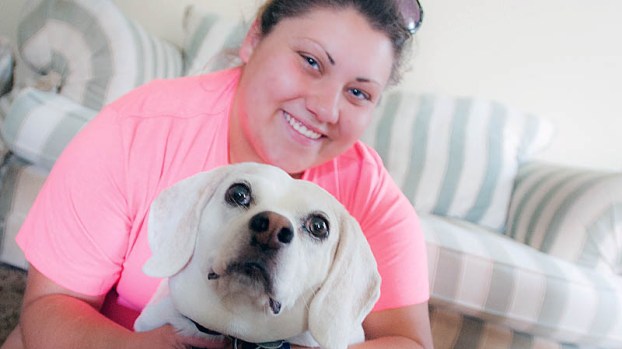 Alli Freeman sat on the cold, rocky ground next to the embankment of two train tracks trying to figure out what happened.

Moments earlier, she and two teenage friends were carelessly walking those tracks, laughing and enjoying life as teenagers do. Now, a train was screeching to a halt. Her friends were nowhere in sight. A gut feeling she experienced earlier in the day proved itself prophetic.

She noticed a mailman, Kevin Nichols, near McPherson Street and went to him. He attempted to calm her, told her stay where she was, and called for help. But Alli didn’t listen. She was too traumatized by the situation to heed solid advice.

The date was Jan. 24, 2007. The tragedy spread through Ironton like a ten-mile trail of gasoline ignited with a blowtorch. Rumors flew, some suggesting the girls had a suicide pact. Others surmised the girls were wearing headphones while listening to music and unable to hear the train coming.

None of that is true.

Alli, Lacey Parnell, and Jamiesue Barker, all eighth graders at Ironton Middle School, were taking a shortcut from Lacey’s home on North Second Street via the train tracks to visit a friend near Ironton Middle School. They’d taken this route multiple times in the past.

But on this day, a sense of foreboding inside of Alli begged her to take a different route. However, she dismissed the feeling and bounced along with her friends.

“I was on the tracks closest to (U.S. Route) 52,” Alli remembered. “Lacey and Jamiesue were on the inside tracks.”

Alli thought she felt vibrations on the tracks she was walking, so she jumped to the inside tracks about 10 feet in front of the other girls.

The girls were in a curve in the tracks just east of the McPherson emergency access entrance to U.S. 52. Alli thought she heard something coming and turned around. As she turned, she heard a train whistle blow. “I yelled ‘Jump off,’ and then another horn blew,” she recalled. “It happened so quick, I don’t even remember getting off of the tracks.”

As the eerie sound of train brakes grasping the rails roared through her head, Alli forced her stunned body to rise from her landing spot beside the tracks. She spotted Nichols near a home on McPherson and went to the mailman for assistance. After he told her to “Stay put” and focused his attention on calling for help, Alli discarded his counsel and wandered back to the tracks.

“All I saw was Lacey’s sweatshirt,” she remembered. “And I lost it.”

And Alli’s guilt as the lone survivor became nearly insurmountable.

“I had a lot of nightmares,” she recalled, noting she recoils to this day when she hears a train whistle blow. “There were a lot of nights I woke up screaming, thinking I was on the tracks. The train would be coming, but I couldn’t move.”

She went to Jamiesue’s showing, but couldn’t attend Lacey’s due to the overbearing grief. She bowed out of both funerals and couldn’t talk to anyone about the tragedy for approximately a year.

“Everybody wanted to know about it,” Alli said. “It was just too painful to talk about. Even today, it’s difficult. I thought it was my fault for the longest time.”

“If I had stayed on my tracks and they came over there, it wouldn’t have happened,” she said.

Only 13 years old at the time, Alli spent a lot of time in solitude attempting to come to terms with what she endured. She tried counseling, but it didn’t work. For the next few years, she was consoled only by family and friends.

“We really watched over her,” said her aunt, Joanie Freeman Igo, of the close-knit Freeman family, noting the care and concern of Alli’s other aunts and uncle, Beth Campbell, Sheila Freeman, and Mike Freeman. “We gave her a lot of encouragement and support,” Joanie said. “And we prayed for her a lot.”

When asked during the interview for this story at Buffalo Wild Wings in Ironton if any songs bring back memories, Alli paused as the next song began as if on cue. “It’s so weird you asked about songs,” she said as Lips of an Angel by Hinder wafted through the restaurant. “This song was Lacey’s favorite.”

Alli said she visits Jamiesue and Lacey’s graves from time to time, always wondering how their lives would have turned out. “Another song is ‘Who You’d be Today,’ by Kenny Chesney,” she said.

“The anniversary is always a hard day,” Alli added. “Next January will be 10 years.”

She’s not completely over the tragedy, but the now 23-year-old Speedway employee (she’s a shift leader at Rich Oil on Third Street) and future nursing student is coming to terms with the past. Surviving such a devastating accident and losing her friends at such a young age has taught her how to put life’s many problems in perspective.

“I wouldn’t want anyone to ever go through something like that, because it takes a toll on you,” she said. “But, it made me a stronger person. It made me realize life is too short to dwell on the small things.”

(BPT) — When you come home from work, he’s always there to greet you. When you need extra motivation to... read more