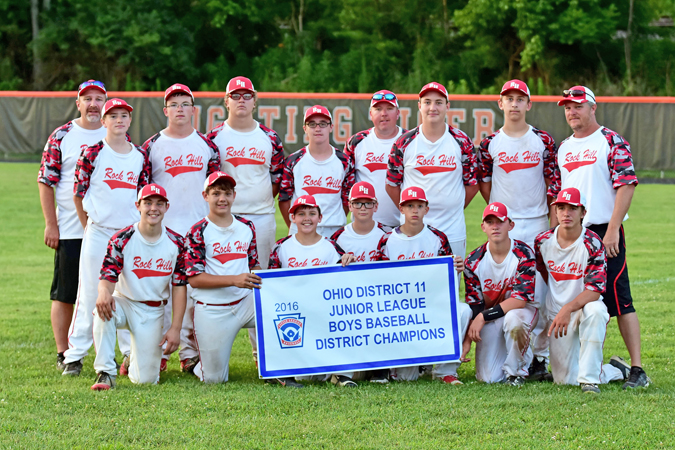 POLAND — They just ran out of gas.

No, we’re not talking about the tank of a car. It was more about pitching as the Rock Hill Junior League All-Stars pitching weary staff was playing its fifth game in as many days.

Rock Hill stayed close for half the game before falling to East Holmes 12-3 on Friday in the championship game of the loser’s bracket, thus finishing third overall.

Rock Hill got 10 hits but East Holmes was able to collect 16.

Nate Bias had another big game for Rock Hill as he went 2-3 with a run batted in. Calab Dillon was 2-4, Tucker Carpenter 2-3 while Jordan Griffith and Jacob Schwab each had a double.

Rock Hill took a 1-0 lead in the top of the first inning.

East Holmes came back to score two runs in the first and second innings to take a 4-1 lead, but Rock Hill got a run back in the third.

But East Holmes got three runs in the bottom of the inning to lead 7-3 and added a run in the fifth and four more in the sixth.