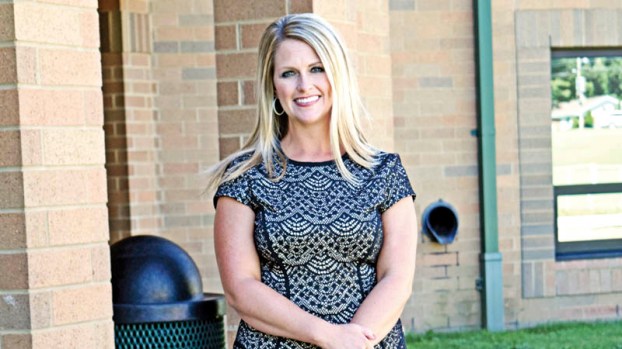 Tessa Leep, the former assistant principal of Fairland High School, was named as the school’s new principal in July.

Tessa Leep, who is entering her fifth year on the school’s faculty, was named as principal by the Fairland Board of Education last month.

A Marshall University graduate, she taught mathematics at Chesapeake’s middle and elementary schools prior to coming to Fairland, and her ties to the community run deep.

“I went to Fairland High School and I’ve always lived in Rome,” she said.

Her family is known for their work in education in the area. Her mother-in-law was an English instructor at Fairland High School and a teacher at Fairland West Elementary, where her sister-in-law now teaches.

Leep is taking the position left vacant after Chad Belville resigned to take a job as superintendent for schools in Fairfield Union in Lancaster following last year’s graduation ceremonies.

While she said the school will continue with no major changes, one difference parents and students will see this school year is in the area of advanced placement courses.

“Our board and superintendent have graciously decided to help students with financial concerns with these courses,” she said. “It takes the burden off parents.”

She said one of the biggest challenges for her in the job will be with the College Credit Plus program, which allows Ohio students to take college courses in high and middle school, which count for credit toward college.

“They tend to implement change mid-year,” she said of the program, noting that it would be easier if revisions were made at the start of the academic year.

The assistant principal position has yet to filled after being vacated by Leep.

Leep said the most important thing to her approach is to make school positive for students and to create a fun atmosphere.

“I just want kids to enjoy it,” she said. And not look at it as this cumbersome thing.”

She cited the many extracurricular programs offered at the school, from band to athletics to community service.

“I’m hoping that they’re just being involved, in whatever way that may be,” she said.