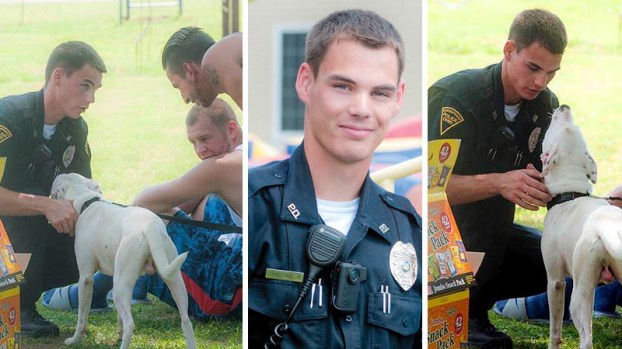 According to the Ironton post of the Ohio State Highway Patrol, Officer Aaron J. Christian, 24, of Ironton, was traveling south on State Route 7, lost control of his vehicle, driving off the right side of the roadway striking a tree, utility pole and guardrail before overturning over an embankment. The crash happened around 2:36 a.m. near milepost 4.

According to the patrol post, first responders located Christian in a ditch near the vehicle. He was transported to Cabell Huntington Hospital by Lawrence County EMS, and is in the intensive care unit, listed in critical condition.

The crash remains under investigation by the state patrol.

Christian, who previously worked for Coal Grove’s police department, is a full time officer for the village.

A prayer vigil for Christian is set for 8 p.m. tonight at Triangle Park in Chesapeake.

Concert set for 7:30 p.m. Saturday The Ironton Council for the Arts opens its 2016-2017 subscription concert series with nationally... read more