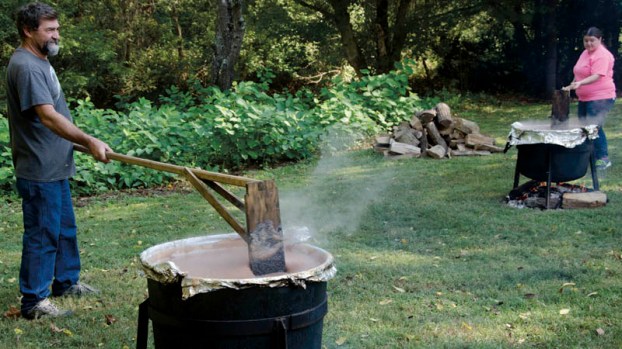 With fall here, many area churches and organizations are beginning to cook apple butter.

That was the case on Monday at Rock Camp United Methodist, when an apple butter day took place on the church’s lawn.

Wayne Wise, a lay leader with the church, said the group started early, arriving at 5:30 a.m. to set up and getting the two kettles going around 7 a.m.

Wise said in cases of high humidity it takes longer to finish the apple butter, and the group has stayed as late as 3 a.m. in past years. But he said the weather had been cooperating.

In addition to the apple butter, Wise said the church had other events going on.

“Some of the women decided to have a rummage sale,” he said. “It’s been going fairly well.”

When finished, the church will sell the apple butter at $5 a pint and $9 for a quart until stock runs out.