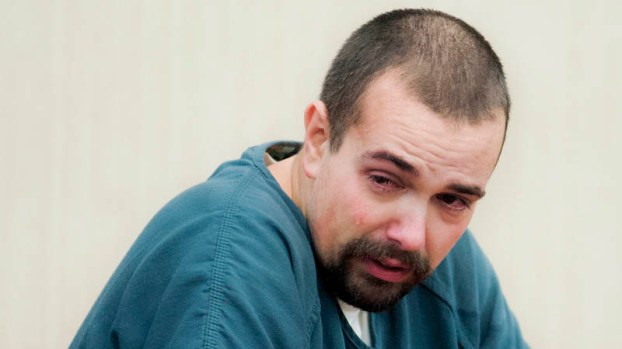 The courtroom was silent Wednesday while a rape counselor read aloud the statement of a 9-year-old who had spent the past seven years of her life being abused by a family member.

“I was only 2 when you started doing it to me,” Jennifer Williams, of Hope’s Place, read. “I am very ashamed of what you did. All I remember when I was little was when you hurt me. When you were hurting me, you made me feel like I was a doll and I was in a totally different world. I was sad. I was hurt. It didn’t feel good at all. You hurt my body. You hurt my heart, too.”

Although she didn’t speak aloud, the victim’s words rang out as the counselor continued, explaining she no longer felt like she could be a child.

“I want you to know that my life changed because I can’t see my grandpa now,” Williams continued. “It makes me feel sad because he was someone special to me. When nobody was around, he was there for me. Now he can’t be. I miss him very much. I can’t see my friends around the neighborhood. I miss my old friends. Even though there are other kids around, I can’t be a kid with them anymore. It’s very stressful to have these bad memories. It makes it hard to think. You should be very sorry for what you did to me. I don’t like what you did to me at all.”

The statement was read at the sentencing hearing of Charles A. Ferris, 30, of Chesapeake, who pleaded guilty on Oct. 26 to two first-degree counts of rape. An additional 52 counts of rape were dismissed as part of a plea deal.

According to Lawrence County Prosecuting Attorney Brigham Anderson, the rapes occurred from 2008, when the victim was 2 years old, to the time of his arrest earlier this year. The victim is now 9 years old.

“The facts and circumstances that surround the case are unbelievable to me,” Anderson said. “Probably, as prosecutor, it’s one of the worst cases I’ve ever seen.”

Anderson recommended Ferris be sentenced to 25 years to life in prison, as well as a lifetime of reporting on the sexual offender registry.

Jason Smith, Ferris’ attorney, said his client was remorseful and also endured a childhood of verbal, physical and sexual abuse.

“Too often times we see a case like this where the perpetrator has been a victim growing up themselves, and that’s the case here your honor,” Smith said. “He has great remorse and is sorry for the pain he’s caused the victim and the family.”

Ferris gave a tearful statement, before sentencing was passed.

“I want everyone to know that my whole life, I’ve felt like my family has had a cloud hanging over top of them. I feel like I’ve failed (the victim) as a guardian and as a confidant,” he said. “I’d like to go on record that I don’t want this to be my legacy. I know I’m better than that. … Please allow me to show that I’m much better than this and I’m a capable man. I’m not a monster. I’m really not a monster, your honor. I’m a really good man.”

Ferris indicated he wanted an appeal.