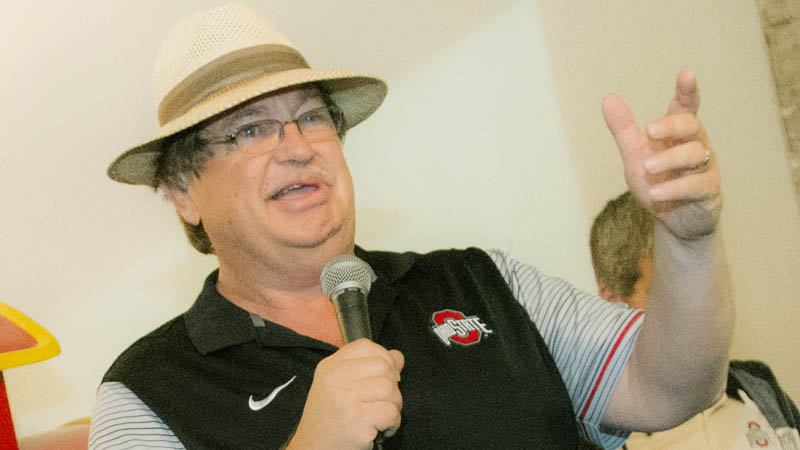 Stephen Dale Burcham took an early lead and kept it as precincts reported throughout the night. Unofficial results had Burcham winning with 69.12 percent of votes, or 16,184 votes.

“I’m deeply honored for all the hard work everybody put into the campaign,” Burcham said. “I’m extremely appreciative to the voters for putting me in for a fourth term. I look forward to a lot of exciting things happening during this next term.”

Burcham, a certified pubic accountant by profession, ran against Katrina Hunt, of Proctorville.

Hunt, an insurance agent, entered the race as an independent candidate.

“I’d like to thank my opponent for running a clean race,” Burcham said. “I appreciate the challenged she provide.”