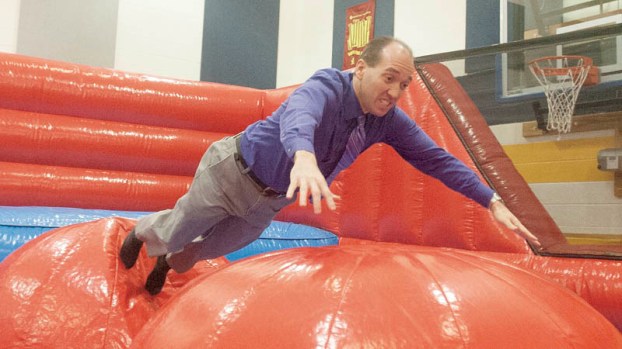 BURLINGTON — Students at Burlington Elementary were rewarded on Tuesday for their efforts at being good salespersons.

Four large inflatables, including a slide and an obstacle course were set up for the 60 children who took part in two groups.

Assistant principal Michael Clay gave one of them a run, bouncing his way across.

Clay said the inflatables, which came at no cost to the school were there, courtesy of Chris Queen, who organized the sales and served as DJ for the party.

Funds from the sales will go to pay for activities at the school, such as good behavior parties, Clay said.

SOUTH POINT — Veterans and their families were treated to a meal in their honor on Friday, an annual tradition... read more