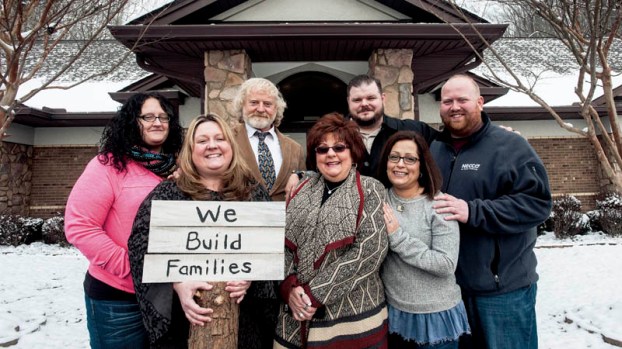 Necco hopes to hire more than 50

Jobs at organization will be open to all ages, experience levels

SOUTH POINT — An organization focusing on foster care and rehab is looking to hire at least 50 people in 2017.

Staff at Necco’s South Point location said this is a conservative estimate of potential hires, which are aimed at addressing what they say is the growing need for the organization.

“Our mission statement is ‘We Build Families,’” Necco’s Ohio state director Greg Thompson said. “We’re growing exponentially in every facet. In this area, we have a heroin epidemic, and, as a result, kids need foster homes. Children are in great need of care and we provide that.”

Necco, founded 20 years ago in Lawrence County, serves people of all ages in various capacities, including therapeutic foster care, alternatives to secure detention, independent and transitional living and prevention services.

The organization operates in Ohio, West Virginia, Kentucky and Georgia.

Thompson said two of Necco’s co-owners are Steve Mullins and Beau Necco, who both attended South Point High School, and it is named for its founders, former Lawrence County residents Ed and Dorothy Necco.

“They worked with children and foster children their entire lives,” he said of the couple, who are Beau Necco’s parents and now reside in Florida.

Thompson said the positions will range from entry level positions requiring a GED to salaried positions for those in mental health, foster care, nursing and community rehab efforts.

He said the organization, which operates as both a nonprofit, so that it can receive donations, and a for-profit, has an economic imprint of $30 million in Ohio alone.

“This is a very economically depressed area,” Thomson said. “It has a history of drug use and child abuse. The solution is foster care. And we need additional staff to help us.”

Elizabeth Cremeans, the clinical lead for the site, said the need for hires is not due to turnover, but stems from the organization’s growth.

Thompson agreed, stating that Necco has a low turnover rate.

“We treat each other well,” he said, stressing the sense of community among staff. “And we have a good benefits plan.”

Executive director Bianca Sexton said some staff have been with the organization for 10-12 years and have served as mentors for other Skill Builders.

“We make sure they fit our culture and campus,” she said. “We’re looking for someone who has a big heart and is willing to learn.”

Skill Builders is the term Necco uses to describe direct care workers for adults and children, whose mission are to teach skills to clients and to increase their capacity in the community.

“With every level, we build skills and get them to be a better contributor to the community,” Sexton said.

She said Necco is looking for full time psychological staff.

She described the corporate culture at the organization as a “trickle down of positivity,” stating that Necco pays for further education and provides tuition reimbursement.

Cremeans, who said Necco has “a corporate culture like no other,” said she could see her department easily hiring five people immediately.

In addition to foster care, through efforts such as the organization’s residential facility, Necco also works to help those with developmental disabilities find and keep jobs, Cremeans said.

“We work hand in hand with the state,” she said. “We have a program for individuals in their own homes and clients come from all over the state of Ohio.”

Necco also works in the fields of supported living, independent living, Flash Phipps, the clinical director for the group, said.

“A lot of people don’t know all the services we provide,” he said. “They think it’s just adoption, but, here in Lawrence County, we provide a much larger array.”

He said community rehab is a growing field for the group, and that they serve clients of all groups.

“From eight days to 80 years, babies and adults,” he said. “There are no age limits.”

Sexton said the hires do not necessarily have to come from mental health or nursing fields.

“We welcome people of all backgrounds, “she said. “It helps to build our team. People think you have to be former social workers, but a variety of folks work with us. Every age is valuable to the life of a child. We have people from all walks of life. We run the gamut.”

Thompson said Necco is six times faster than the state at getting foster children placed in homes.

“We can find a permanent home for a child where they are safe,” he said.

“We still receive requests for homes for children that we can not take, due to capacity,” she said. “It takes nothing but heart.”

Thompson said in addition to the group’s mission of building families, they also focus on rebuilding, in cases where there has been a problem in a family.

He said with the drug epidemic and the jail crisis in the region, a new solution is needed to overcome deficiencies.

“It’s time to stop punishment, and go with a strength-based approach,” he said.

For those interested in applying with Necco, information and job listings can be found at the organization’s website at www.necco.org.

Cremeans said people can also apply at Ohio Means Jobs, and, as Necco works with the agency regularly, they often have a staff person present.

No action taken at SP council

SOUTH POINT — The South Point Village Council met on Tuesday for their first session of 2017. According to Mayor... read more