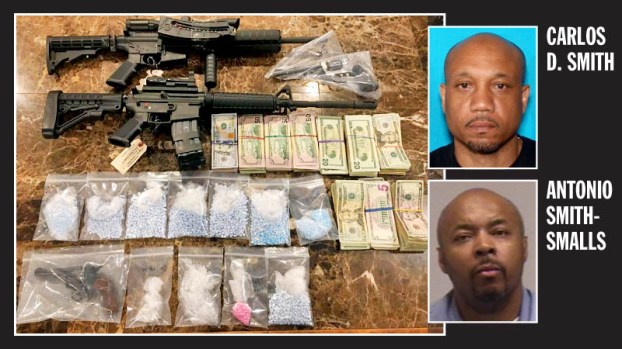 The search warrants stemmed from a three-month task force investigation involving an organized group of individuals from both Ironton and Michigan who trafficked in large quantities of oxycodone tablets.

“This was a several month investigation by the three agencies, who worked in conjunction with each other,” Lawrence County Prosecutor Brigham Anderson said. “It was four locations with four separate search warrants, and it’s the largest amount of oxycodone pills we’ve ever seized in Lawrence County.”

During the searches officers seized two assault rifles, two hand guns, $12,235 cash, 190 morphine tablets, 4152 oxycodone tablets with a combined estimated value of $174,000. This is the largest seizure of oxycodone tablets in Lawrence County to date.