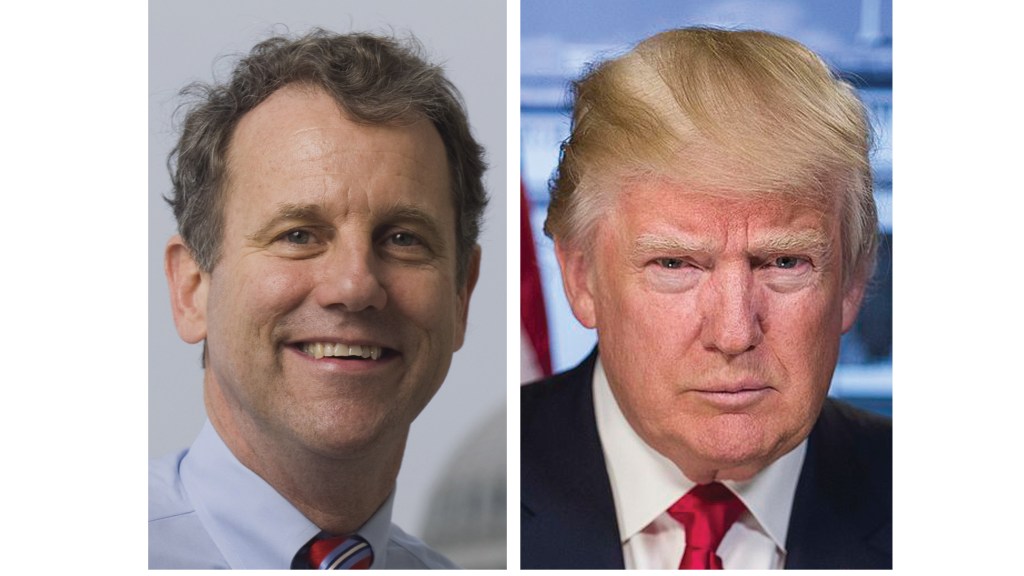 WASHINGTON — U.S. Sen. Sherrod Brown, D-Ohio, introduced bipartisan legislation on Wednesday to codify U.S. sanctions on Russia and require authorization by Congress before they could be waived or terminated.

He said the measure was prodded by reports that President Donald Trump is considering removing sanctions enacted against Russia. Multiple intelligence agencies said Russia was behind the hacking of the Democratic National Committee during the U.S. presidential election.

“This shows we will hold Russia accountable and America will not tolerate interference in our elections,” Brown said.

“His talk on sanctions sounds more like Russia first,” he said, stating the legislation is a chance for members of both parties “to work together to craft a tough sanctions regime.”

“The Ukrainian community in Ohio knows firsthand the dangers of unchecked Russian aggression,” Brown said. “Lifting sanctions now would only reward Russia’s attempts to undermine democracy – from Crimea and Eastern Ukraine to our own U.S. election.”

Brown quoted McCain, who said “Every American should be alarmed” over the possibility of Trump easing sanctions.

“He said ‘Every American should be alarmed,’” Brown said. “Not every Democrat or every Republican. Every American.”

Brown said Russia needs to meet its obligations in Ukraine before sanctions are eased, while tougher sanctions are needed as a result of the cyberattacks.

“The first step is this common sense, bipartisan legislation that Senator McCain and I are working on,” Brown said.

Brown’s Republican counterpart from Ohio, U.S. Sen. Rob Portman, is also working on legislation regarding Russia and has stated his opposition to Trump lifting sanctions.

Brown said his bill is a separate matter.

“He’s not on this bill, but we agree on the issue,” he said. “My bill locks in existing sanctions, so Trump can’t lift them, while his calls for new sanctions.”

Brown said he was open to working with Portman on the issue.

“Of course, I’m happy to find out a way to combine legislation,” he said.

Brown compared Trump’s “friendliness” with Russian President Vladimir Putin, who he said most in the Senate consider “a thug,” with the recent reports that Trump had a tense phone call with Australian Prime Minister Malcolm Turnball and hung up on him.

“It’s kind of amazing,” Brown said. “They’re one of our strongest allies in that part of the world. It’s embarrassing that the president of the United States picked a fight for no reason with the Australian people.”

Brown said he has heard from a number of Republican senators, who he said are “uneasy” with Trump’s leadership on foreign affairs and other issues.

“They fear him,” Brown said. “They fear being called out, labeled and him siccing his supporters on them.”

Brown was asked about a recent New York Times report that the FBI is investigating “intercepted communications” between Russia and Paul Manafort, Roger Stone and Carter Page who worked on Trump’s campaign in 2016.

Brown said he could not comment until he knew more about, but said Trump’s ties to Russia and Putin are unclear.

“We don’t know what President Trump’s links to Russia are,” he said.

Brown said he could not speak for other sponsors of the bill, but said that he Trump’s behavior toward Russia was cause for “great concern,” given Putin’s history in the KGB.

“I don’t know why, but he seems to act differently when it comes to Russia,” Brown said, referring to Trump’s praise and defense of Putin. “He’ll pick a fight with Australia, who has been our ally, but he makes excuses for Putin.”