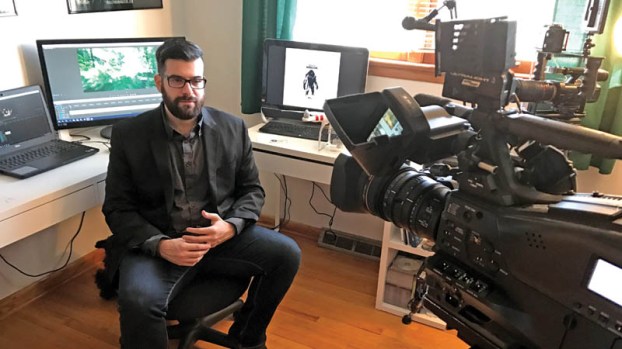 On Nov. 15, 1966, Roger and Linda Scarberry and Steve and Mary Mallette reported what would become the first published sighting of Mothman.

That sighting, in an old government facility called the TNT area, focused the attention of the entire nation on the various strange happenings in and around Point Pleasant, West Virginia, for the next year. Everything from monsters and UFOs to Men in Black and poltergeist activity plagued the people of the region.

Thirteen months later, on Dec. 15, 1967, the nation would join the community in mourning as 46 people fell to their death in the collapse of the Silver Bridge over the Ohio River. That tragedy took most of the attention off the skies and ended the press focus on Mothman and UFOs. However, the monster and the mystery maintains a grip on the local imagination to this day, as well as the imagination of monster hunters from around the globe.

As we remember those events that unfolded 50 years ago this year, the folks with Small Town Monsters prepare to launch their fourth documentary, and the first to focus on a creature other than Bigfoot.

Many other books and documentaries have focused on the events of 1966-1967, but few films have focused on all the various aspects of the phenomenon. “The Mothman of Point Pleasant” promises to be an exception to that.

“Our focus is kind of everything that happened in that 13 month span,” said director and producer Seth Breedlove.

He hopes to be able to capture the spirit of all that weirdness, but still keep the film short enough to be accessible to the casual viewer.

“I make my movies for someone who is casually interested,” Breedlove said. “Two and a half hours doesn’t work for that. I’ll be shocked if (the final cut) goes over an hour.”

Other films in his series have been as short as 40 minutes, on his second film about the Beast of Whitehall, and as long as an hour and 13 minutes for his last, a look at the Boggy Creek Monster.

It’s a lot to tackle over the course of an hour, but Breedlove, who started making films after his proposal for a “Small Town Monsters” guidebook was rejected by publishers, is confident in his abilities at this point.

It’s a far cry from his first film, The Minerva Monster, which focused on a series of Bigfoot reports in that rural Ohio town during the summer of 1978. Breedlove called that film “totally amateur hour”. His last film, however, focusing on the Boggy Creek Monster of Fouke, Arkansas, has been his “most critically acclaimed,” Breedlove said, and “did really well” at the Hollywood International Independent Documentary Awards.

Though Breedlove characterizes himself as a bit of a skeptic, his enthusiasm for the subjects he covers becomes obvious when he starts talking about them.

“I just decided to start covering all the cases (in the rejected book),” he explained, after a short YouTube video he produced on the Minerva Monster went viral.

His interest in the odd began, he explained, from doing archival newspaper research that put him in contact with old reports of strange phenomenon. But he has no interest in trying to prove or disprove it.  It’s the social aspect of the phenomenon, the way that it impacts a whole community and those who believe they’ve seen something, that he said intrigues him.

“It’s almost more interesting,” Breedlove said, “if there isn’t actually a creature out there.”

Even as a skeptic, he finds many of the stories compelling.

“The thing that attracted me to this story,” he explained, “was talking to police officer Lonnie Spencer.”

While Spencer didn’t have any sightings of his own, he heard plenty of stories, and he lost friends and classmates in the bridge collapse.

“I’ve been trying to tell the history and the cultural impact (of these various stories),” he said, “but I never had something with that emotional impact.”

The release of the film this year, and the Kickstarter campaign to support it, weren’t planned to coincide with other Mothman anniversaries, but in true Mothman style, the synchronicity was there. Besides the 50th anniversary of the original sightings, the release of their trailer for the film coincided with the release of the Mothman Prophecies film 15 years ago, that number also being significant in many of the events surrounding the 1966-1967 flap. The numerals 1 and 5 popped up again in the funding process, with their Kickstarter reaching 100 percent funding in one hour and 51 minutes.

“It was crazy for us,” Breedlove said of how fast they were able to reach their goal. They can now focus on stretch goals, and using the extra funds to help finance their fifth film in the series, focused on a supposed UFO crash in Chestnut Ridge, Pennsylvania.

Those still interested in supporting the campaign, and earning the Kickstarter rewards, can continue to pledge their support online for the next two weeks by visiting https://tinyurl.com/j9jrrg2.

Who runs the school? Kids do, for a day

Miley Moore’s first acts as principal of Dawson-Bryant Elementary made her pretty popular. She gave all the students five extra... read more