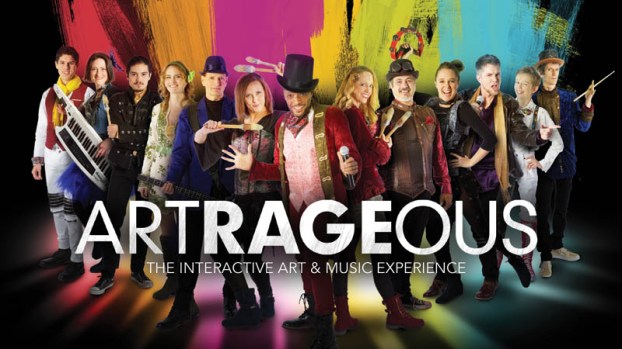 Artrageous set for March 14 at PAC

ASHALND — A performance troupe that combines elements of art, music, theater, puppetry, singing, dancing and comedy is coming to Ashland.

Artrageous — the Interactive Art and Music Experience is scheduled for March 14 at the Paramount Arts Center.

The group, comprised of a team of friends, has been performing since the 1980s.

The show consists of performances of popular songs, through singing and dancing, from the 1950s to the present, while a quick drawing or painting is done.

“They unveil it at the end, and it might be someone like Elvis or The Beatles,” Angy Hall Ross, who does marketing for the Paramount, said.

The show offers interactive chances for audience members to hop on stage and take part.

Tickets for the show are $35 for adults and $20 for children and are available at the Paramount box office, through their website at www.paramountartscenter.com or by calling 606 324-3175.

Other upcoming visiting acts to the Paramount include illusionist Craig Karges on March 4, Michael W. Smith on March 26 and comedian Tim Hawkins on April 7.

IPD cracks down on eyesores

Also targeting cars, campers, boats, junk The Ironton Police Department is cracking down on, campers on the streets and junk... read more