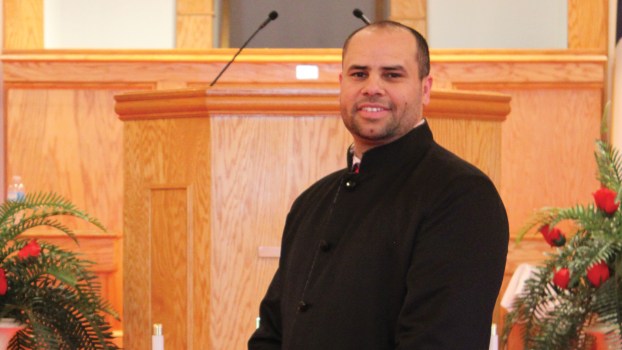 Submitted The Rev. Robert Young will be installed as the pastor of The First Baptist Church of Burlington on Sunday.

Pastor to be installed at Burlington church

BURLINGTON — The Rev. Robert Young will be installed as the pastor of The First Baptist Church of Burlington on Sunday.

When Young walked through the doors of the church in July 2005, he had no idea it would change his life in such a drastic way.

“Work and family ties brought me to Burlington to work for Larry Medcalf (one of the associate ministers at First Baptist),” he said. “Because of his witnessing to me through our days at work, I found myself at a crossroads in my life and conviction in my heart. I found myself going to Bible study and then church services at Larry’s church home.

Through Larry’s obedience to God, God’s providential plan was being fulfilled. I became a member of First Baptist on Aug. 7, 2005.”

The Rev. Douglas Carter was the pastor at First Baptist at the time. After Young started attending on a regular basis, Carter inquired about Young’s family.

“He asked me who my Daddy was? I replied, ‘Everyone called him Mickey Young, but his real name was Walter,’” Young said. “Rev. Carter threw his shoulders back and said ‘Mickey! Son, I grew up with your father. We were good friends.’”

Young said he instantly took a liking to Carter and stayed close to him, not only for the spiritual guidance, but also because of the stories he wanted to get from him on his father, who he lost when he was 5 years old.

“I didn’t know him really, but I wanted to know as much as I could about him to be able to understand myself,” Young said. “Rev. Carter became a spiritual father to me and I know that all of it was orchestrated by God’s providential hand. Here I was, living in Burlington all of a month or so and looking for God to fix my life, and the man who He leads me to, to help me seek Him (Jesus) had a relationship with my father. You can’t tell me God didn’t set that up.”

Over the next few years, Young devoted his time and energy into fulfilling God’s will for his life. Young met Angela Linthicum, a lifelong member of First Baptist; daughter of Deacon Charles and Mrs. Barbara Linthicum, and they married in May 2007.

“Angela is a blessing to my ministry,” Young said.  “I love her and thank her for her support.”

Young’s obedience to God continued to open doors that he never imagined.  In 2009, he was appointed as a deacon-in-training. Young said he continued to grow in the Lord, preaching every opportunity that he was afforded.  In January 2014, he and his wife joined the Antioch Missionary Baptist Church in Huntington, where Rev. Reginald Hill was the pastor.

Carter retired from pastoring the First Baptist Church of Burlington in 2014 and Rev. Hill retired from pastoring the Antioch Missionary Baptist Church in 2016.  Over a period of time, Young was supplying the pulpit at Antioch a couple of Sundays a month on a regular basis and, on occasion, he also filled the pulpit for First Baptist.
Young submitted his resume for the pastorate of First Baptist, and on Nov. 17, 2016, the church called him to be the pastor.  His first Sunday as pastor-elect was Nov. 27, 2016.

“I still look back in amazement of my life and how He (God) took me from a reckless path and brought me to Burlington to cross paths with Rev. Carter and now be the Pastor of that very Church, where I will now serve as Rev. Carter’s Pastor,” Young said.