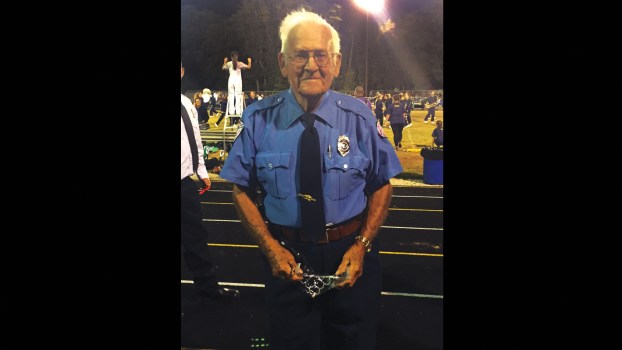 “To say that Jim served with distinction during his 55 years with the fire department is an understatement and does not even begin to describe the legacy he leaves to both our department and the citizens of Rome Township,” the department said in a news release.

During his tenure at the department he served in many capacities including deputy chief, captain, vice president and treasurer.

Before serving the citizens of Rome Township, Jim served his nation in the United States Army, including service during World War II and was a Purple Heart recipient. He also served as treasurer of the Lawrence County Firefighter’s Association since its inception in 1972.

“Jim played a vital role in the success of our organization.” George Barnett, chief of the Rome Volunteer Fire Department, said. “His dedication to our community, members, and fund-raising efforts were unmatched over the years and he remained actively involved in our operations even throughout his final days.”

McCloud will be laid to rest with full honors and with deep admiration by the Rome Volunteer Fire Department.

A rosary will be held at Hall’s Funeral Home in Proctorville on Sunday at 3 p.m., followed by visitation from 4-8 p.m.

Funeral services will be conducted at St. Ann Catholic Church in Chesapeake on Monday at 11 a.m.

Neighboring fire departments interested in providing apparatus or honor guard assistance for visitation and funeral services should contact Barnett at 740-861-8520.

The Rome Volunteer Fire Department, established in 1962, is comprised of 25 members serving the citizens of Rome Township and the Village of Athalia. Led by Barnett, the department serves a 36-square-mile area and responds to an average of 350 calls per year. Rome Fire Department shares mutual aid agreements with neighboring fire departments in Lawrence & Gallia counties in Ohio and Cabell County, West Virginia.

A vision for Grandview purchase